‘Live and let die’, a reflection on the summer camp 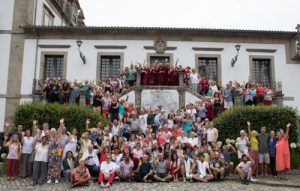 I had my first experience of the Bodhicharya summer camp this August. It was a life changing experience in many ways. The theme of the camp was ‘Bardos’, which translates to transitions. Ringu Tulku Rinpoche, who I’ll refer to as Rinpoche from now delivered the teachings in a remarkable way. Rinpoche wanted to focus on death and dying, and managed to deliver his message via some core Buddhist concepts and philosophies, making this an open and accessible summer camp. I didn’t have much experience of Rinpoche directly until this week, and what I saw was a very relaxed, informal and benevolent human being. The way he managed to intertwine simple messages in his teachings was exemplary, messages such as ‘you prepare for death by what you do now’, and ‘the only possessions you really have are moments’. These little messages hammered home the hardest, and what is so great about them is that they are so accessible for everyone. Okay, so I don’t mean ‘Live and let die’ in the

I decided to take refuge as the week went on. I knew most of what this meant and what it involved, but Rinpoche gave us a lovely introduction to this and the Bodhisattva vows to really cement the process together. The whole session of taking refuge was enlightening and cleansing. Even though I had been practicing meditation and Buddhism for a few years, this really made me feel like I was properly on the path. The deep meaning and beautiful words of the refuge and Bodhisattva prayers gave meaning and light to the path. Going through the refuge process made me truly understand and think about the words in the prayers we say every time we begin our practice.

Rinpoche handed me a card with my Tibetan name, Sonam Gyatso, which means ocean of merit. Rinpoche didn’t specifically choose this for me, and he said not to read too much into this, which I agree with. I do like the name though, and I think it can also serve as a specific reminder to oneself about their own dharma path. To me it serves as a reminder that we must all go to the efforts of gaining merit through our positive actions in order to traverse the path to enlightenment.

My week was characterised by uncertainty and impermanence. As a fledgling to the Bodhicharya circles, I was learning a lot and was faced with lots of new and exciting challenges. My uncertainty usually changed to confidence through practice which demonstrated the power of impermanence, a key tenet to the Bardo philosophy, about transition and change. Everything changes. 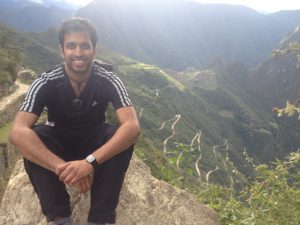 Jay Rao is a member of the Bodhicharya London sangha, and lives in Watford, UK. He started meditating sporadically to improve his well being, and stumbled upon the London sangha after work one day, who helped him to improve his practice. Jay was born in Pondicherry, India, a multi-cultural and spiritual town with a blend of Tamil and French heritage. He moved to Lancashire at the age of four and his family settled in Sale, Cheshire at the age of ten. He is interested in world history, economic development and Buddhism and manages urban regeneration projects for Watford Council.