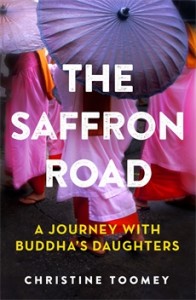 Night Boat is the story of Ekaku Hakuin, one of the most influential monks in the history of Zen Buddhism. It recreates his life from early childhood in a small Japanese village through a lifetime of adventures, both physical and spiritual. And Spence spends as much time in the beautiful landscape of Japan – using Mt Fuji as a touchstone throughout – as he does in the landscape of the mind.

The historical Ekaku revived the practice of Zen from a period of lethargy and stagnation, and in Night Boat, Spence recreates not just a questing monk and later, charismatic abbot, but also a man determined to pursue his true calling despite the obstacles that Zen’s debased reputation presents. Ekaku struggles against nature, his mind, the failings of his own body, and even the sarcasm of his best teachers who believe Zen has been ruined for good, but the adventure carries on because Ekaku is steadfast in his belief that there is more to learn, and more to conquer – more to put right. Ekaku shares many of his adventures with other characters in Night Boat: first and throughout there is his family, and there are plenty of great sages, fellow monks and, later, students (male and female), along with friends and neighbours, and even a brief flirtation with romance – all vividly drawn and relatable (if not necessarily likeable!). END_OF_DOCUMENT_TOKEN_TO_BE_REPLACED