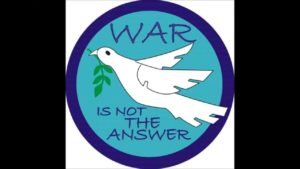 A Buddhist Peacemaker
Born in Vietnam in 1926, Thich Nhat Hanh has been a peacemaker since his ordination as a Buddhist monk at the age of 16. During the Vietnam War, he helped villagers who were suffering as a result of bombing. He opposed his government’s policies and as a consequence was exiled from his country. He later settled in France. He is a pioneer of Engaged Buddhism, which argues that if Buddhists are to achieve true inner peace, they must work on changing the structures of society that influence people’s mental states and behaviour. Inner and outer change go hand in hand.
Thich Nhat Hanh has combined traditional meditative practices with non-violent protest, emphasising how meditation can help to dissolve anger, which is a primary cause of conflict. On one occasion, he was organising the rescue of hundreds of Vietnamese refugees using boats from Singapore. When the police found out his plan they ordered him out of the country and did not permit the boats to leave.

He wrote, ‘What could we do in such a situation? We had to breathe deeply and consciously. Otherwise we might panic, or fight with the police, or do something to express our anger at their lack of humanity.’ 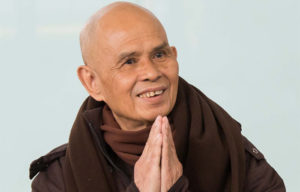