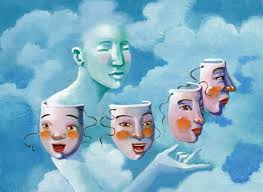 A conversation with Erlendur Haraldsson: Professor Emeritus of Psychology, University of Iceland, Reykjavik.

Sitting round a table at the back of a dining hall with several others, Professor Erlendur Haraldsson is explaining his research into  reincarnation and the world of the dead and dying.

At the hour of death, people who are about to die have visions, usually about someone whom they have known earlier and have died.

Professor Haraldsson is a psychologist and his theories seem to segue into the field of parapsychology.  The appearance of someone at the hour of death acting as a guide into the world of the dying is an experience that is reported in various circumstances when someone is at the point of death.

As evidence of the his phenomenon, he tells of a cross-cultural study and evidence from American doctors and nurses in hospitals as well as in India: END_OF_DOCUMENT_TOKEN_TO_BE_REPLACED