Bodhicharyavatara - About this course

In this video, Ringu Tulku Rinpoche introduces the Online Study Group and the object of the study, Shantideva’s Bodhicharyavatara—a core textbook in a traditional Shedra and one of the most important texts to study on the Buddhist path.

According to the great Tibetan Master Patrul Rinpoche, says Rinpoche on the video,

“If you really understand this book, then you understand more or less everything about Buddhism. This book contains not only the understanding, but also the heart, the practice, the meditation, the action – therefore you don’t need anything else to study but this book, Bodhicharyavatara.”

During the course of the study, Ringu Tulku Rinpoche gives key explanations stanza by stanza and answers students’ questions. Rinpoche also sometimes refers to the commentary written by Khenpo Kunpal.

Khenpo Kunpal was one of the closest students of Patrul Rinpoche and it is said that he received the teaching on Bodhicharyavatara from him more than forty times. Thus his understanding of the text was profound and so it is extremely beneficial to make a heart connection with his understanding.

The English translation of the Bodhicharyavatara that is used is The Way of the Bodhisattva, translated by Padmakara translation group and published by Shambhala Publications.

The Nectar of Manjushri’s Speech by Kunzang Pelden is a Padmakara translation into English of Khenpo Kunpal’s original text and it is published by Shambala Publications in 2007. This is recommended by Rinpoche as a very useful reference book.

The requested commitment is simply to listen, read and study all the lessons without skipping any. The lessons include Rinpoche’s teachings and the related text that are posted online. All students will be able to access the study materials at any time on the website, so they can connect and avail of the most current material or catch up on past ones if required. The study will progress in such a way that everyone can follow at a level they feel most comfortable with. So we warmly invite all who wish to study online with Ringu Tulku Rinpoche to avail of this wonderful opportunity. 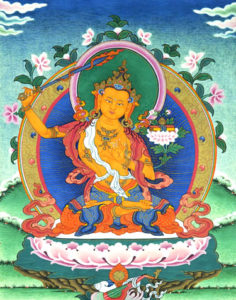 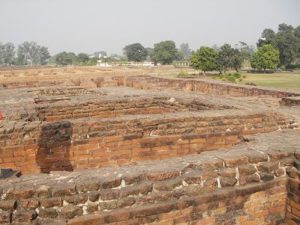