Will your heroine be carried off by a predatory wolf, fall into a bottomless lake or just lie down on the beechnuts beneath her and refuse to move?

Writers who plan out their books before writing them perhaps do not have this potential obstacle although I suspect sometimes it must creep up on them unawares: the characters just baulking at doing what the writer originally imagined.  Sometimes a minor character muscles in and demands a piece of the action and sometimes a major character fizzles down like a firework going out or decides to go to Australia.  I tend to let them go.

Approaching the middle of a book the writer has to become a proficient juggler, knowing when to put a character down (not like the cat at the vet’s) and leave a strand which will be picked up later but then there are so many of them you have to be careful not to drop a ball so to speak.

It is surprising how often what appears at first like a banal fact in a bit of description can turn out to be the basis of a clue. E.g. the tea dregs in that cup could not have been left by Mrs X because we know from chapter two that she only drinks coffee.

Even when you get through the darkest middle of the wood of your story, it does not get any simpler.  There is always  danger in a clear path – you my may concentration and find you’ve left some poor character high and dry on page 55.  It seems to me it would be quite easy to do this but I can’t think of any instance where it has happened in a printed book.  As a self-publisher, I’m going to keep a special lookout for them.  I wonder. Perhaps these lost characters are the reason for those sudden extra murders you get in the second half of a crime thriller.  I always thought they were there to liven things up but perhaps the writers are just getting rid of dead wood. 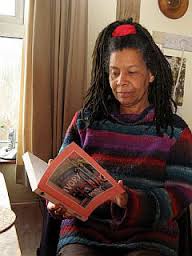 I decided to be a writer at the age of eleven.  Life intervened and although I kept writing and had poems published in for instance, Chapman and New Writing Scotland, it was not until last year that I published my first novel, a detective story called ‘Ivory’ and was commissioned to write a play about the history of Brodick Castle for the National Trust for Scotland.  This year NTS commissioned another play to commemorate WW1 on Arran and this was performed very successfully at the Community Theatre, Lamlash.

1 thought on “Approaching the middle of a wood”