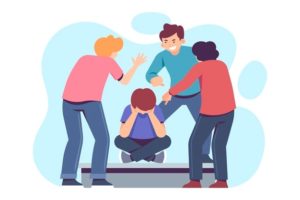 In almost every school, there are posters and there are assemblies that address a problem that 20% of kids face every day, bullying. Kids who are bullied “are at increased risk for depression, anxiety, sleep difficulties, lower academic achievement, and dropping out of school.” (Pacer.org) It is these effects that make bullying an important issue that should be discussed more. The problem is not that bullying is not being addressed, it is that there is a more efficient way of addressing it. Although a school’s approach to stopping bullying does have its upsides, a psycho-educational approach could be more effective.

What is the current day approach to stopping bullying? It is called the Law-enforcement approach and it paints bullying as a crime which is not always the case. “By holding education institutions legally responsible for the bullying among students, it pressures them to morph into totalitarian police systems, stripping children of their freedom.”(Kalman) A study from The Olweus Bullying Prevention Program showed that the current approach, when implemented for two years, is only 12% effective. McMaster University held a focus group for kids grade five to eight where “students also report problems with negatively worded anti-bullying messages which flatly told them what not to do.”(Vitelli)  Bullying is inevitable but schools are telling kids that they are entitled to a bully-free life which is not reasonable. The current approach endorses a victim-mindset, so why put time and money into a program to stop something inevitable? That is where the government comes into play.

Bullying is not a federal issue and is discussed on a smaller scale, for example, the TDSB. But the TDSBs decisions are influenced by the provincial government and the ministry of education. They have addressed the issue when they “launched PREVent to establish Safe Schools Teams across the province.”(Vitelli) The current Premier is Doug Ford is Conservative and although bullying is more of a Liberal topic of discussion, the psycho-educational approach would be right up the Conservative’s ally. “The Liberal Party has taken an approach to human rights that would be cemented in the Canadian Constitution.”(DeZilva, Understanding Candian Government) Bullying is a human problem and not a money problem which stereotypically is what the Liberals are known for prioritizing being a left-wing party. Although the Conservatives “supported the human rights measures and social welfare ideals that the Liberals introduced” (DeZilva, Understanding Canadian Government) they are most known for their economic approach to situations like when they recently made education cuts which is why they are labeled as a right-wing party. The psycho-educational approach is less time-consuming and cheaper because schools do not have to reinforce it constantly, which is why it is right of the Conservative’s ally.

So what exactly is the psycho-educational approach? “Psychology recognizes that people are most dangerous not when we feel like bullies but when we feel like victims.”(Kalman) That is why in this approach, the focus is to teach kids how to defuse the situation instead of relying on others to do it for them. It tells kids what to do rather than what not to do. All it takes is a trained counselor and a few lessons to reduce bullying at a much more efficient rate. Nationally certified school psychologist Israel Kalman says the three ways to stop being victimized are “1. Staying calm. 2. When we get upset, we are really upsetting ourselves. 3. It is much easier not to get upset once we realize it’s in our control.”(Kalman) Life is filled with social challenges and once kids leave school, there are no anti-bullying programs to help them, but with an anti-victim program, they will not need one.

Asking everybody to stop bullying is unrealistic which is why if everyone starts doing the three actions listed earlier, bullying can be stopped. Humans are not perfect and they can not be relied on to always make the ethically correct choice. Humans are not computers either and they can not be programmed by schools to always do the right thing, that’s what makes humans human and is why the psycho-educational approach is the future of stopping bullying. 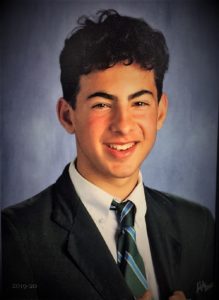