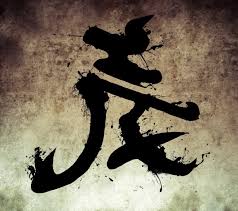 Personal stories are always interesting, especially when they are within living memory and their veracity hasn’t been eroded through time.  Below is a series of photographs which tells a story about David Russell’s father, Byken Matsukawa, a Japanese national interned in the UK during the second world war.  The photos are preceded by a short biography of David’s life.

During the First World War my grandparents had moved to Highgate in North London where they ran a guest house; and when my father arrived from Japan in 1915 he stayed in the guest house, met and married my mother in 1920.

I was born in 1934, the youngest of 5 children.  My father did begin to teach me Japanese during the early 1940’s but this was interrupted after Pearl Harbour when my father was interned  for 18 months.  After his release back to the mainland he did not continue with teaching me Japanese.  I therefore neither speak nor read Japanese.

Just before I commenced my National Service in 1953 I changed my surname by deed poll, together with my brother Albert, from Matsukawa to Russell. My father kept his surname. For the record my father became naturalized in 1949 as a British Citizen and died in 1959.

My mother was born in 1901 in Tunbridge Wells to German speaking  parents.  Her full name (wait for it) was Helen Christine Louise Martha Schrader.  She only ever used the name Helen!

Besides working in England and Scotland, I was also employed in Iraq, Jordan and Lebanon over the period 1961 to 1966 and again in Lebanon between 1968 to 1971. In Iraq I was a lecturer in Electrical and Electronic Engineering at the University of Baghdad – I was there for eight months and witnessed a very bloody revolution and the overthrow of General Quassim to be replaced by a new government under the Baath Party and Sadam Hussein. Between 1961 and 1966 I was a lecturer in Electrical and Electronic Engineering at the prestigious American University of Beirut before returning to the UK. Between late 1968 and May 1971 I went back as a consultant to a Jordanian construction firm with offices in Amaan, Jordan and Beirut, Lebanon and my job was to liaise with NEC of Japan who were the suppliers of the equipment for building a ground satellite communication system in Amaan, Jordan. I was also involved in visiting many countries in the Middle East including Iraq, Saudi Arabia and United Arab Emirates for the company who were seeking other contracts.

Within the UK my early employment was with Cable & Wireless Ltd .  I was seconded to the old GPO Research Station at Dollis Hill, London, working on the design of a new Transatlantic Cable system CANTAT 2 which was installed between Oban and Newfoundland.  I was in Oban to witness the opening in 1960.

I then moved to Decca Radar where I was involved with the design of a new computerised radar system to be used in Air Traffic Control. After returning to the UK in 1971 I taught at both Middlesex University and Plymouth University before taking up my post in Scotland in 1976 as HM Inspector of Schools (Further and Higher Education ) where I had responsibility as a national specialist for all courses in Electrical and Electronic Engineering.

I am now retired and live in Edinburgh with my wife, Lena. 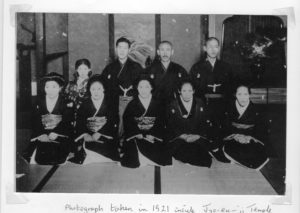 My father (Byken or Bai-ken Matsukawa was born in 1890 in the Jyo-en-ji Temple in Hirakata (located half way between Osaka and Kyoto) to the then Chief Priest of the Temple (Bai-jun Matsukawa).  The temple was established in 1495 and has been in the family since that time.  My father had an elder brother (Bai-en) who died at the age of 22 in 1902.  By tradition the eldest son of the Chief Priest would automatically follow in the steps of his father and become Chief Priest.  He wrestled with his own conscience for many years before finally deciding against staying in Japan and decided to leave for the UK in 1915 at the age of 25.  He had already left the temple and had studied science, had excellent knowledge of the English language and worked and developed a short-hand system within the Imperial Diet. 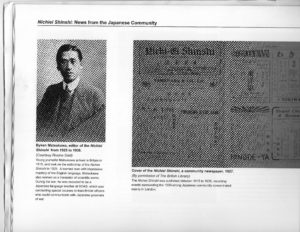 He arrived in England by ship in 1915.  He established the first Japanese News Agency in the UK called Eastern Press which had its offices in Chancery Lane, London very close to Fleet Street.  Through this Agency he was able to receive news from Japan and deliver it to the Japanese community in the UK.  One of his early tasks was to attend and report on the Treaty of Versailles at the end of World War 1.  In 1925 he became the editor of the Nichi-Ei-Shinshi newspaper which continued right up to 1939.  In 1936 he began to teach Japanese language and literature at the School of Oriental and African Studies (SOAS).  My father had a great command of the English language and through his passionate interest in the sciences he did a great deal of translation of scientific works from Japanese to English both for the UK government and top blue chip commercial firms in the UK.  It is true to say that he became probably the best known translator of Japanese scientific literature in the UK in the later years of his life. 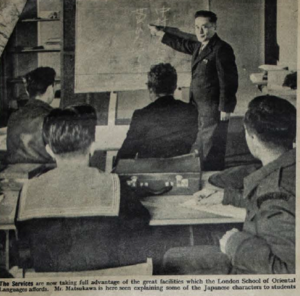 A photograph of my father teaching Army, RAF and Naval Officers who were involved in interrogating Japanese prisoners of war.

My father still had Japanese citizenship at the outbreak of World War 2 and Pearl Harbour and he was interned at the Isle of Man for 18 months between 1941 and 1943. During his internment the UK Government continued to call on his services as a translator, something with which he was happy to oblige.  On his release he returned to duties at SOAS as part of a special training course for UK armed services officers who interrogated Japanese prisoners of war and translated captured Japanese documents.  My father was finally naturalised as a British citizen in 1949 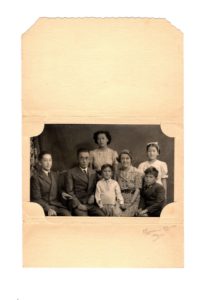 The Matsukawa family circa 1937

My father continued his work at SOAS until 1955 when he retired, but continued his translation work right up to his death in 1959 when he succumbed to leukaemia. 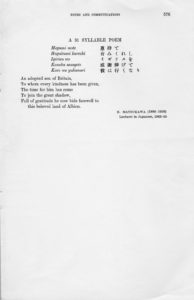 A poem my father wrote. Tanka poetry refers to a Japanese 31-syllable poem, traditionally written as a single, unbroken line. The word “tanka” translates to “short song.” Similar to haiku poetry, tanka poems have specific syllable requirements. They also use many literary devices, including personification, metaphors, and similes to allow ample visualization.  The poem was written only a few days before my father died as a Thank You for the kindness shown to him as a foreigner. 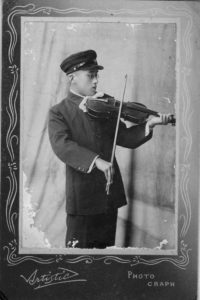 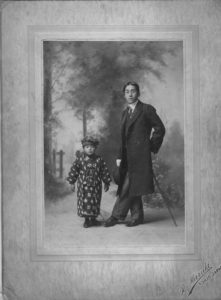 My father and unknown boy. 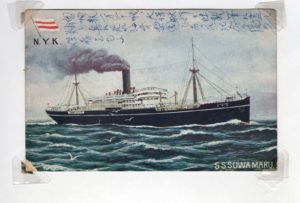 Postcard from my father to my grandmother circa 1915.