Amongst the flowers I
am alone with my pot of wine
drinking by myself; then lifting
my cup I asked the moon
to drink with me, its reflection
and mine in the wine cup, just
the three of us; then I sigh
for the moon cannot drink,

and my shadow goes emptily along
with me never saying a word;
with no other friends here, I can
but use these two for company;
in the time of happiness, I
too must be happy with all
around me; I sit and sing
and it is as if the moon

accompanies me; then if I
dance, it is my shadow that
dances along with me; while
still not drunk, I am glad
to make the moon and my shadow
into friends, but then when
I have drunk too much, we
all part; yet these are

friends I can always count on
these who have no emotion
whatsoever; I hope that one day
we three will meet again,
deep in the Milky Way.

Drink your tea slowly and reverently,
as if it is the axis
on which the world earth revolves
– slowly, evenly, without
rushing toward the future;
Live the actual moment.
Only this moment is life.

Malcolm Sutherland is a Director, animator, illustrator, in Montreal, Quebec.

Winter walk with the Nepalese community in Edinburgh led by Monica Wilde and Dr Mark Watson, Head of Flora at the Botanic Garden Edinburgh.  Yeshe Dorje. 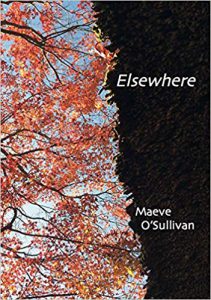 Shinbazu Pond –
even these withered lotuses
can lift my heart

heated toilet seat –
memories of growing up
in a large family

deep-fried pork:
I await instructions
on how to eat it

the clunk of wooden sandals
on stone paving –
Mount Otowa

Maeve is a winner of the Listowel Writers’ Week poetry competition for a single poem, and conducts haiku workshops with adults and children. 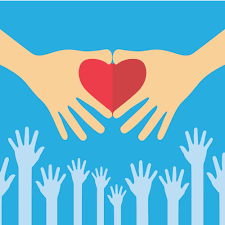 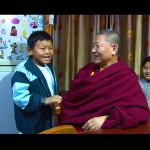 The film shows Ringu Tulku not only as a Buddhist master and teacher – it also offers a personal, humorous and honest insight into his family and working life. It shows Ringu Tulku preparing four students for a retreat which lasts three years, three months and three days, in Sikkim, North India. Spending time with the Lazy Lama gives the audience the opportunity to reflect on their own lives, and find ways to create more room for spirituality, meditation, empathy and the right kind of “laziness”.

I who am dead a thousand years,
And wrote this sweet archaic song,
Send you my words for messengers
The way I shall not pass along.

I care not if you bridge the seas,
Or ride secure the cruel sky,
Or build consummate palaces
Of metal or of masonry.

But have you wine and music still,
And statues and a bright-eyed love,
And foolish thoughts of good and ill,
And prayers to them who sit above?

How shall we conquer? Like a wind
That falls at eve our fancies blow,
And old Moeonides the blind
Said it three thousand years ago.

O friend unseen, unborn, unknown,
Student of our sweet English tongue,
Read out my words at night, alone:
I was a poet, I was young.

Since I can never see your face,
And never shake you by the hand,
I send my soul through time and space
To greet you. You will understand.

James Elroy Flecker was educated at Dean Close School, Cheltenham, where his father was headmaster, and at Uppingham and Trinity College, Oxford.

After university he joined the Diplomatic Service, spending time in Constantinople and Beirut. In 1913 he went to Switzerland to seek a cure for his tuberculosis but died there two years later at the age of 31.

Sheila Atim winner of the Olivier Award, 2018 for
Girl from the North Country
at the Old Vic and the Noel Coward Theatre sings Bob Dylan’s
Tight Connection to My Heart. 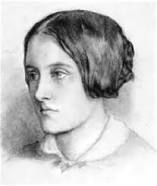 Remember me when I am gone away,
Gone far away into the silent land;
When you can no more hold me by the hand,
Nor I half turn to go yet turning stay.
Remember me when no more day by day
You tell me of our future that you planned:
Only remember me; you understand
It will be late to counsel then or pray.
Yet if you should forget me for a while
And afterwards remember, do not grieve:
For if the darkness and corruption leave
A vestige of the thoughts that once I had,
Better by far you should forget and smile
Than that you should remember and be sad.

talk about listening    I zone out for a bit

you are moving slowly too

creating a round stain

in this concrete pantheon

Just like the moon which shines upon us all,

enlightened beings’ blessings are on tap;

says our dear teacher who has us in thrall

this week in Braga, resting hands on lap.

In forty-two degrees we soon will melt

into our mats and cushions, from the heat;

though we imagine that we’re not in hell

but in the realm with Amitaba’s seat.

White Tara deity we will invoke

as long as many mantras are said;

compassion dominating both their heads.

With wisdom and a twinkle in his eye

our Rinpoche instructs us how to die.

She is a winner of the Listowel Writers’ Week poetry competition for a single poem, and conducts haiku workshops with adults and children.

Maeve’s new collection of poetry, Elsewhere is available from Alba Publishing.  A review will follow in the next edition of Many Roads 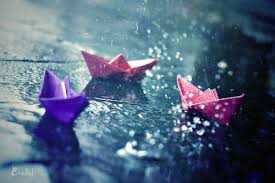 It is night.
Rain pelts the roof.
The soul awakens
to a flooded Earth –
a sea of storm
roaring,
then passing.

Before the passing moment tilts
and falls to melancholy,
laughter sojnds
in quiet raindrops. 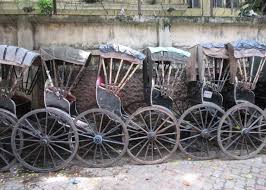 Lisa Cullen writes:  Two women are waiting on a packed train platform in Calcutta.  One of the moment is hunched over reading The Spiral Dance.  The other is absorbed in biting her fingernails.  A cow ambles by.  A rickshaw driver is arguing with a naked sadhu.  A Tibetan woman is selling bone malas.
“Which character am I?”

Summer grasses:
all that remains of great soldiers’
imperial dreams

” I have not heard of a single Buddha, past or present,
who has been enlightened by sacred prayers
and scriptures.”

The wind has settled, the blossoms have fallen;
Birds sing, the mountains grow dark –
This is the wondrous power of Buddhism.

The nature of the Mind when understood,
No human speech can compass or disclose.
Enlightenment is naught to be attained,
And he that gains it does not say he knows. 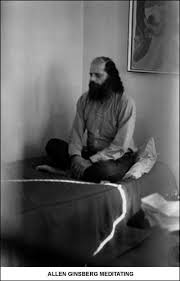 Sitting cross legged on a wooden floor
above the tiny desk, pine branches hang in rain
before my eyes thru glass – a drop falls from the roof edge

Grey streaks my beard, I began sitting quiet
lately, but it’s too late to read Lankavatara,
Surangama, Diamond and ten thousand sutras –
bald head holds no Chinese, Sanskrit, Japanese,
and now Rheumatism twinges my Knees ehn I walk –
Well, with such pines hung in grey sky
I still must be Buddha here – If not
who am I?
May 3, 1971