There is a story about a traveller who, climbing among

mountains, came upon a village. Ramshackle and uncared for, it’s

dwellings pitched here and there on sodden ground, its tenuous

Passing through the outskirtshe noticed an eagle in a man’s

yard. It was tied by its neck to a post. In its distress it had circled

the post many times causing a deep rut to be formed in the mud.

The traveller was filled with pity, “If only I could set the

golden bird free”. He entered the yard and, going up to a small

hut, spoke to the ‘owner’ who was standing in a doorway. Would

it be possible to free the bird?  But the owner was a narrow-minded

price.  Nevertheless the matter was eventually settled for a substan-

tial payment in favour of the bird being cut loose. Straightaway

the traveller went up to the bird, cut the cord, and stood back,

pleased. The bird looked up, and then about itself warily – as if

catching sight of something in the distance. Then it lowered its

head and continued on its way – round its own circumscribed cir-

cular path.  Its rut. The owner looked on from a distance, secretly

The traveller stood by for some time. Days and weeks

passed. It seemed the bird had no interest in flying. Sometimes the

traveller would encourage it to leave its rut. The bird would stop

for a moment, look about itself and scratch the earth to the side

before restarting its awful round – its world – its painful journey

from birth to death.

Months paused. Finally the bird would leave its rut, hop

about a bit and explore the ground beyond. It seemed to take an

interest in a wider world. But at night, when the sun went down,

it would sadly return to it.  Its dark home.

Even so, the traveller was much encouraged. He would hop

about with the bird, shouting and waving his arms. How absurd

At last there came a warm day and with it a fresh breeze,

The bird, feeling content, spread its wings and – left the ground.

It spent that night on better ground.  In time it scarcely re-

turned to its rut. The little flights became longer – bird and trav-

eller side by side.

A morning came when the traveller awoke to find the bird

gone.  A great joy arose in him and around him and above him – it

penetrated to the very heavens.  There, a golden form rose up – the

sovereign Lord of the Skies.  Born up by the wind, gliding

serenely with wings outstretched, eyes glittering in the sun, He

watched over his true domain. What joy!

What extraordinary freedom! How fortunate we are. 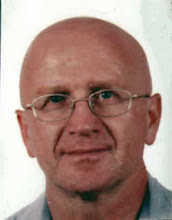 Rinchen came to the Caribbean from England when he was 22 and lived in the Leewards during the ’70s and ’80s working in the islands – trying to live the life of a lay Buddhist. At the end of the ’80s he went to a zen monastery to train as a monk and teacher and was asked to start up a temple in Scotland in 1998. He returned to the West Indies to teach in 2002 and in 2009 in Bodhgaya was very fortunate to join Rinpoche’s lineage becoming one of his monks.