I turn on my lamp

and morning rolls over to midnight.

by the lustre of the universe.

It doesn’t matter that

the house burns down in the night

in a preemptive attack on murk.

It doesn’t matter that

on its see-saw dance with dread.

as you would walk

that first time on the moon,

each step an exploration in

between the shock and the wonder,

with his hands behind his back

through a child’s first piccolo,

charging with his carrot of alarm.

I watch him conjure

nightmares in the evolutions

of his three stone eggs

to shrivel seaweeds on the shingle bank

always the invention of another thing

to do, another fear, a found distraction,

lest a lurking nothingness confront existence,

reveal itself as certain as a cliff.

with the dullness of ignorance

sheltered in conformities of stone.

scurrying the greywackes, an anti-hero

screaming decoy presence as a charm.

Caught between the shock

between the sea and its arc of emptiness,

wind decides the attitude of water,

wipes its moods across a passive sky;

brushes with the linger of a whisper

something that I ache to hear,

that never dries; a mildewed caravan

huddles by a breeze-block byre, disused, and

their ditches full of dim. Like a webbed hand,

Grieved spirits of the undeparted drape

the stunted hills, and tempt the midday stones

to glisten should a lustre but escape

for troubles done; for I could not mistake

that cottage with its plywood blindfold groan. 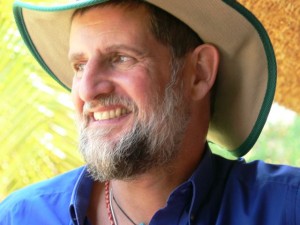