Somehow 2016 feels like a game-changer. The fatigue of decades of political non-speak and spin has taken its toll this year with Brexit and Trump. The social scientists at work were wondering what they’d missed in their analyses of the political ailments that returned us to Germany in the 1930s when the news of the Austrian election where almost half the population voted for an outright Fascist. How did that happen? we asked and yet it’s been a long time coming.

I live a very simple and calm life which has been fantastic for my Buddhist practice. At an external level, not much changes between one day and the next, one week and the next. I make breakfast, do Pilates, meditate, go to work, come home, cook dinner, read, go to bed. It’s pretty much the same thing day in, day out. The weekends are mugs and mugs of freshly brewed loose-leaf tea while pottering about the house. The amazing thing about having a repetitive life is that I have the space to develop my practice, to reflect, to read – it feels very 1980s. Simple and comforting. 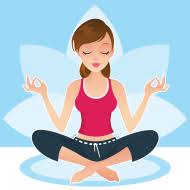 A Buddhist acquaintance recently said that 30 years ago she made the decision to lead a full life after her father’s death in her late teens. The conversation triggered a contemplation about what it means to live a full life, especially as I lead such a quiet life. Given the opportunities and options available today, the idea of doing lots and lots of things as a definition of leading a full life feels like I’m in a huge banquet hall with tables and tables in every direction with varieties of cuisines and courses of all descriptions. There’s no way to taste everything and I’m unsure about where to go? what to choose? how much to have? I’m overwhelmed by the possibilities and feel uncertain to step in any direction. None feel particularly meaningful and the consumption feels both unethical and unsatisfactory. Why choose 1 way instead of another? It doesn’t matter which way I go, I’ll always miss out on more than I could ever taste. And besides, what will all that tasting give? A chronic insatiability of what I haven’t yet had, questioning what other options are available and regret about which decisions I made. I feel saturated and overwhelmed by it all.

In response, I’ve pulled back from the world, restricted my options, reduced what I look at. One of the decisions has been to focus on the good news on the internet and to avoid the rest because the bad stuff is really bad, e.g. the situation in Syria is bad enough and yet Russia is in cahoots – Putin looks like a parasitic monster feeding on the underbelly of greed. In addition, I get the feeling that much of what’s news is propaganda. Is ‘the news’ a form of consumption to feel bad as much as shopping is a type of consumption to feel good? It’s as if the society is obsessed by consuming in any form without understanding the assault on the soul. My body and mind feel triggered and pulled in all directions as it seeks my attention, emotion and purchase.

And so the question remains – What does it mean to lead a full life? After much cogitation, I’ve decided that leading a fuller life is to lead a stiller life – to notice both the beauty and the pain by pausing and doing less: The sunrise is beautiful. Syria is a mess. Fascism is rising. The rose is stunning. People are lonely. People are happy. There are hurts. There is forgiveness. And then there’s the wonderfully kitch and the inspiring.

For me, it seems that to lead a full life is to lead a life with the full gamut of emotions, responses, reactions – to intimately engage with whatever arises: The funny, the bland, the hate, the love, the sorrow, the drudgery, the appalling, the wonder and the joy. As for 2017, my hope is that it will be a new job at better pay, meaningful friendships, connection to a charity, deeper understanding of Buddhism and plenty of wonder and joy.

May you also have a year that is full of wonder and joy – and full life in whatever form that takes.

About the author Wendy Nash.
Wendy is Australian and has been living in Oxford, UK, for the past 3 years. She has been following Buddhism since 2003, took refuge with the Buddha in 2008 and in 2014 realised that although she had everything she wanted (good relationships, health and job) she was still unhappy – that’s when her practice really came into its own. She has been dedicated to the White Tara group in Oxford since 2014.

She thinks that life is better with a vase of flowers nearby and mugs of teapot tea.