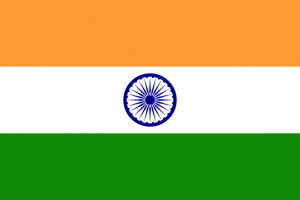 Hello from Goa, land of blue skies, sunshine and palm trees swaying in the balmy breeze. But lest you think that Liz and I are living the languid life of lotus eaters (okay, occasionally…) we are of course as trumped and brexited as the rest of you – but in true Indian style.

Luckily we weren’t here in November when the demonetisation policy kicked in overnight. It caused mayhem and chaos and is still not fully resolved. Basically there is still a shortage of bank notes as they scrapped the 1,000 rupee note and replaced it with a 2,000 note. That’s now £25 quid in UK money with the current crap exchange rate and if you try and pay with it few shops have change to give you or they want plastic money instead. Yes, they are trying to move to a cashless economy where hundreds of millions don’t even have a bank account or their own mobile phone. There are still unreported riots and violence and the poor have no money to pay for fruit, vegetables or milk. Unemployment has risen. Nobody can afford to buy locally built Hero motorcycles, for example, so they’ve had to close the factories.

So here’s one wee minor example of how demonetisation has affected us in case you really do think we’re just sunning ourselves on the beach. In December before coming here I sent £1,000 from our UK account to the savings account we’ve had with the State Bank of India (SBI) for ten years. But a couple of weeks later when we checked at our branch in Calangute it hadn’t arrived. “Oh, we don’t do Forex here. You’ll have to go to the Mapusa branch (Mapusa is a large town an 8 mile helter skelter drive away that actually resembles India more than Goa ie teeming hordes of pedestrians, motor cycles, scooters and vehicles of every description and vintage). Luckily I like Mapusa, it has an excellent food market and the Navtarra our favourite Indian veggie restaurant where a scrumptious meal for two can be had for £4. I’ve been going to Mapusa long enough that I know how to snake my way through the bus station to find a prized parking spot. But of course, given India’s rapid ‘modernisation’ path with its incumbent rules and regulations (typically unenforceable), there is a young man dressed in jeans and grubby T-shirt who insists I pay 10 rupees to purchase a small pink ticket allowing me the privilege of parking next to an old bus.

Well at least we’ve found the money, albeit it ain’t in our Goan pockets. Then as I try to dig more into why this has happened a couple come into the office and Amruta takes up their case. This is typical business practice. You’re doing your business with some official and someone else marches up whereupon said official gives this person their full attention while you just sit there with your mouth open catching flies. When you’ve been sitting there for 30 minutes and several “someone else’s” march in to conduct their business it is time to object! But to no avail, this is how business takes place – at all levels – lines/queues are for the fainthearted. A ‘line’ resembles an inverted V with everyone trying to get to the apex. Having said that, apparently one of the unintended consequences of the demonetisation policy has been the forming of orderly queues outside banks and ATMs where people literally waited days to access their own money. Anybody trying to jump the line was reprimanded or beaten up.

Anyway, I phoned the UK bank who said “You don’t need an MO 103 form as the money has been returned to the UK but here is a code to take to SBI to find out why they returned the money.” Drive up to Mapusa again a few days later to see Amruta. “Ah, sir, we still need the MO 103 form to process this request, I’ll e-mail you and you can forward to your bank.” And so the saga continues….

There are of course similar stories connected  with paying electricity bills, house tax, etc but they are now more or less under control. Waiting waiting waiting in a line does however present an opportunity to read the local newspapers. The Sunday edition of the Times of India is a killer. It has a whole broadsheet page devoted to ‘Times Soulmates’, a step well beyond your average internet dating site. There are two main columns titled ‘Wanted Brides’ and ‘Wanted Grooms’ each with a range of subtitled categories ‘by caste’, ‘by religion’, ‘by language’, ‘by nationality’, ‘by community’ and ‘by profession’. Under caste there are ads under Brahmin, Garhwali, Kayastha, Jain, Khatri, etc. Religion includes Muslim, Sikh. Christian and Hindu and language includes Bengali, Punjabi, Sindhi, Tamil and Telugu.In a population of well over 1 billion such diversity is to be expected but signifies a slow change from a much more traditional and strictly hierarchical way of life to a so-called modern one. The real kicker is the end paragraph on the page that has to be quoted in its entirety to appreciate its sentiments. Bear with me:

“It is said marriages are made in heaven. It is a sacred union of soulmates who may not belong to the same caste, creed or colour.

As the social constraints imposed by the society slowly disappear, inter-caste and inter-community marriages are becoming more and more acceptable – and logical. To commemorate this changing trend, The Times of India dedicates exclusive space for inter-caste and inter-community marriages. A 25% discount will be offered to matrimonial advertisers who place their advert under the sub-heading

‘Caste No Bar’ and a 50% discount for matrimonial advertisers who place their advert under ‘Religion No Bar’.”

Postscript: Today is Election Day in Goa for the Legislative Assembly, the state government. The roads are uncharacteristically quiet and there is a complete ban on alcohol sales in shops, bars and restaurants. Most disturbing for several local politicians the demonetisation policy has resulted in there being fewer smaller denomination banknotes available to pay voters to cast their vote for them. Shame, eh.