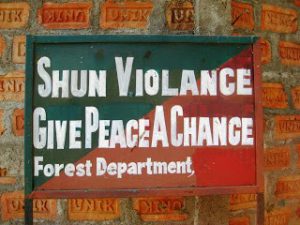 There’s something wonderfully hedonistic about an alarm that goes off at 5am and you lie in bed for another hour in that half dream-like state.  This is India; and lateness is a fine art that requires a last minute scrabbling for the prize – a seat on the bus or train; meeting a friend in a chaotic, busy city; frantically looking for an internet hotspot at the airport to confirm a flight.

So my wife is off to the train station.  One hour late!  Not that it matters.  She’s meeting her brother and his wife and a sister coming on the Delhi express which is two hours late.

Today is chilly and misty.  We’re in Guwahati, the capital of the state of Assam in the north east of India.  The flat has been lent to us by Sadhana, a childhood friend of my wife’s.  Sadhana heads a team in the precisely named DIRECTORATE OF WELFARE AND SCHEDULED CASTES and lives with her husband on the other side of the city. 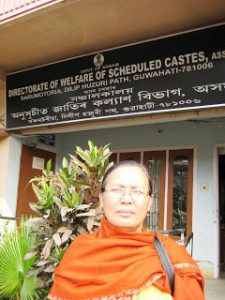 Sadhana outside her office

I spend some time relaxing and reading India in Slow Motion by Mark Tully, the BBC correspondent for India.  Someone described his broadcasts as sounding as if he were speaking from a phone box in the middle of a busy city with the hum of traffic and horns sounding in the background.  The chapter I’m reading is about Sufism, Islamic mysticism expressed in dance and rituals.  A pity there is the split now amongst so many adherents of the religion.

My wife brings the family back from the station and they quickly settle in to the spare room, a rather dark and dank affair as it hasn’t been lived in for some time.

Time to go for a wander in the town, we leave the house and board a bus which takes us to the outskirts of the city.  Walking around, we come across the Science Museum, surprisingly neat and tidy with lots of experiments for the the kids to play with inside the building.  Nothing really sophisticated is there but the attempt to engage children in scientific practice is well thought-out.

Outside is a medicinal, aromatic herbal garden with all kinds of plants in neat beds.  Signposts indicate their Latin and local names as well as their efficacy for treating various ailments.  Doubt is cast when I see that some are purported to cure leprosy and cancer, though who knows what truths lurk in local lore.

We aim to return before we leave, yet knowing that road leads on to road we doubt that we will ever come back. 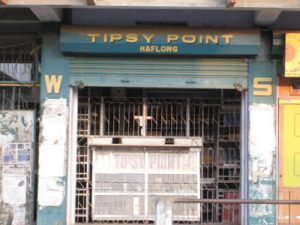