Laurent hopes to answer your questions.  His participation in the e-magazine will be regular and his rubric can be seen as the first in a series as the title suggests. 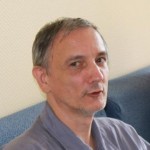 Laurent Nottale is a French astrophysicist, director of research at CNRS, and researcher at the Paris Observatory. He is author and inventor of the Scale Relativity theory which aims to unify quantum physics and relativity theory.

Q: As a scientist, what has attracted you in Buddhism?

A: As a scientist, several aspects of Buddhism have attracted me.

There is, of course, its non-dogmatic nature, at the same time open and rigorous. Buddha Sakyamuni’s injunction not to take his word for it but to check for oneself the truthfulness of his teachings is remarkable. The reproducibility and testing are also at the heart of scientific method. His Holiness the Dalai Lama recently wrote [in The Universe in a Single Atom]: “My confidence[…]lies in my basic belief that as in science so in Buddhism, understanding the nature of reality is pursued by means of critical investigation: if scientific analysis were conclusively to demonstrate certain claims in Buddhism to be false, then we must accept the findings of science and abandon those claims.”

Thus he admits that “ our explanations and theories are rudimentary when compared with those of modern science […]and will have to be modified in the light of new scientific insights”.  He adds: “ Spirituality and science are different but complementary investigative approaches with the same greater goal, of seeking the truth. […]Science and spirituality are not unrelated.  We need both, since the alleviation of suffering must take place at both the physical and psychological levels.”

A second essential aspect is the one of ethics. On this point also, the perceptiveness of the Dalai Lama is expressed: “ Science will learn from an engagement with spirituality, especially in its interface with wider human issues, from ethics to society.”

Ethics are, of course, not specific to Buddhism. Nevertheless some elements of Buddhist ethics are, here again, very enlightening. For example, to endeavour not to kill human beings applies of course to all living beings, even the smallest of insects. Moreover, it is a true ethical science that Buddhism offers us. This science is not imposed on us as such, but arises logically from a deep understanding of the laws of causality and interdependence. Yet science is constantly confronted by problems of ethics which are often, it seems to me, posed too late. The Buddhist concept of ethics gives us clues how to tackle this type of problem: the positive intention must occur before the action.  Knowledge precedes volition that leads to action. Knowledge can, and must be, developed without limits because as pure knowledge, it can’t harm, on the contrary. But the fact of knowing how to do something does not imply that you have to do it. A good example is the hydrogen bomb that was built as soon as they knew how. But a superior knowledge, not only including this knowledge but the knowledge of its consequences (a nuclear winter that would affect the whole planet) showed that it was absurd and unusable.  Such knowledge, if it had been acquired beforehand, might have led to not building it at all…

A third aspect is, of course, for somebody like me who is not only a physicist whose main study topic is relativity, the principle of which is at the heart of Buddhist teachings, emptiness of all phenomena. Western theories of relativity do not say anything else: the position of an object, its direction, its movement (characterized by its speed and acceleration), its size (according to the most recent theory of scale relativity), none of these properties have an intrinsic absolute existence in connection with the object. None has its proper existence, but only an existence in relation to another object acting as a reference point.  They are couple properties which cannot be attributed to either of the members of the couple taken separately.  It is remarkable that Galileo’s and Einstein’s seminal intuitions, that led them to formulate the principle of relativity, were actually statements about the empty nature of movement.  Indeed, Galileo noticed that for everything involved in movement, movement is ‘like nothing’, ‘as if it was not’.  Einstein, trying to imagine what someone would feel if moved by (and with) an electromagnetic wave (light), discovered that in such a situation, time would disappear! Thus, he discovered at the same time the relativity of time and the absence of the true existence of light itself.  Later on, he formulated the basis of the theory of general relativity when he realized that someone in free fall (i.e. accelerating) in a gravitation field would no longer feel his/her own weight. It is the accelerated movement and the gravitation itself that are then understood as not having any existence of their own but as appearing only in connection with the choice of the system of reference….

The fourth point is about the method of scientific discovery itself, and in particular the method of the theoretician.  A major part of research is about, at a given time, looking for solutions and consequences of equations of known physics.  But before that point, how is a scientific theory discovered, how are the fundamental equations written up?  This is not taught in books. In your readings you can unexpectedly come across a confidence from Newton saying that for 20 years and 24 hours a day, he couldn’t think about anything else, or come across the description of how the intuitions of Galileo and Einstein (examples of which have just been given) arose as (and from) thought experiments; or on stories like Kekulé’s dream (he dreams of a snake seizing its own tail and discovers the ring shape of the benzene molecule); or on the common experience of numerous scientists according to which, after a long period of study, thinking and concentration, it is often by letting go, by not thinking about the problem posed (and starting on another activity like jogging, showering, relaxing, sleeping, etc…) that the solution appears as an insight, the famous ’Eureka!’ when everything becomes clear and luminous.  This understanding is often beyond words (like Poincaré who saw in a flash the demonstration of an essential theorem, in a flash also the certainty to have found the solution while the writing up of this demonstration took him a very long time and many a page of calculations). Don’t we recognise the qualities of generosity (we put all our energy into it), of courage (questioning pre-established knowledge), of empathy (projecting yourself into the system, the object or the property you want to understand), of determination, perseverance, patience and enthusiasm (to be ready to work at it for ten years, twenty years, a life-time if necessary), of concentration (to maintain one-pointedness on the question) and of clear vision (the truth appears) which are at the heart of mind training in Buddhism?

In other words, whereas most of the western teaching of science lies in study and reflection, the Buddhist way adds a third means, meditation.  It is meditation that while reconnecting us to our inner light, brings profound solutions.  This is an essential point because it determines the very practice of scientific research. If fundamental discoveries were inventions, mental constructions, the scientist could free his imagination. The latter is infinite and limitless whereas the world that the physicist tries to understand is unique. That is precisely what Einstein was wondering when he asked the question: ”how is it that we are capable of understanding the world?” If this understanding was the result of a mental construction, it would be necessary, as in a miracle, for this construction to coincide with the effective structure of the physical world.  It would be impossible.  Yet we don’t talk about invention in the case of big changes in physics paradigms, but, precisely, of discovery. While reading Louis de Broglie’s thesis (proposing the existence of waves of matter which allowed the development of quantum mechanics), Einstein cried out: ‘he has lifted a corner of the big veil’.  If there is a ‘discovery’ of the truth, it is because it was there, but hidden, veiled precisely. The dis-covery, the understanding, is therefore of the nature of an inner vision (by the consciousness) and not a mental construction. If we open the door that was hiding a room, as soon as the door is opened, all the contents of the room appear all of a sudden and that is what the nature of the vision really is.  If we had to make, object by object, all the contents of the room, it would take much longer (a situation that matches more technological inventions) or even be impossible. In these conditions, the work which has to be done to solve a fundamental problem is an unveiling process; it is work on the deconstruction of error and ignorance, not on truth itself. The sought-after truth is already there and need not be fabricated: inaccurate mental constructions have to be undone; the veils hiding it have to be destroyed or cleared up, after which it reveals itself.

But the main point, that no longer concerns only the scientist but the human being, remains of course the Dharma as the path of liberation from suffering.

(translated from the French by Jet Mort)