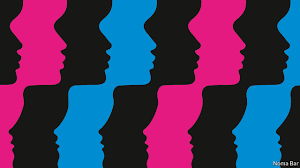 The current debate on transgender rights seems to have gone from, “let’s take transgender issues seriously” to “let boys be girls”.  Grace Dent in her article of the same name (Independent 14.11.17) gives some of the breezy reasons about why the Church of England, the government and the entertainment industry is obsessed with gender.  This debate, it seems to me, is going from promoting more tolerance, to promoting more guilt and shame.  The argument goes that those of us born with a penis ought to be ashamed of that fact. Men are the world’s problem.  We men should seriously consider getting in touch with our feminine side – whatever that means – and taking the process to its logical solution.

Let me start by saying that I support transgender rights.  A recent exhibition in Liverpool about April Ashley is a real education in transgender issues.  Her life story is an excellent demonstration of human dignity and perseverance against tremendous odds.  April Ashley, we salute you!

However, to make the suggestion that the solution to gender and transgender rights is to let boys become girls is another matter entirely.  Caitlyn Marie Jenner Kardashian (formally known as Bruce Jenner, father, grandfather, Olympic gold medallist), had this to say after she had gone through her transition, “this is the new normal.”  It’s a bit like Michael Jackson (may he rest in peace) pointing to his butchered face and his bleached skin and saying the same thing.  If women could experience the world as men experience the world, would they want it?  I doubt it.  So let us follow Grace Dent’s argument towards its logical conclusion.  Let boys be girls? Then let girls be boys.  Let us imagine what such a world might look like 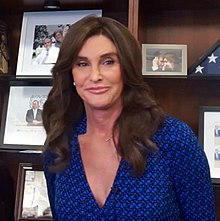 Let baby girls get the circumcision operation for free on the NHS.  It is legal to practice genital mutilation on a vulnerable baby.  After all, the bible says, “Abraham circumcised his daughter when she was eight days old as God commanded him” and as a result, Jews, Christians and Muslims have practiced this form of child abuse for a very long time.

Mothers are the main breadwinners in every family. After giving birth, encourage all mothers to go back to work as soon as possible.  Let the mothers work outside the home, preferably 40-80 hours per week.  Break the bond between mother and child due to pressures of work.  Leave all the childcare to the stay-at-home father.  Instead of giving girls dolls and make-up to play with, give them footballs and boxing gloves.  Girls that want to play dressing up, call them useless and worthless.

There is no deadline for fathering, and that means keep females infantile.  Don’t teach girls how to cook, or clean, or work, or manage money.  As a consequence, the U.K. average age for women leaving home is 25 years old; the average age in Northern cities such as Liverpool is around 50.  The women may have babies with various men, but they choose to stay at home living with their parents; their hearts belong to daddy.

A third of modern marriages ends in divorce.  If the couple should divorce, give automatic parental rights to the father.  If the mother complains about lack of parental access to her own children, tell her to start paying more cash.  Threaten her with prison if she doesn’t keep up with her contribution to the family funds.  If the mother complains that she cannot afford this, tell her that the father can get extra income from the government.  Now that the divorce is final, he is at liberty to find himself a more satisfying mate, as well as the financial needs of the children.

Nearly a third of children grow up without their biological mother.  For black families, the statistic is even higher – around three quarters of children grow up without their biological mother. After just one year of separation from the father of their children, a third of mothers have no further contact with their children. The majority of inner city families are motherless.  There you will find the highest level of gang culture, crime, addiction to drink, drugs, gambling, pornography, and mental illness and suicide rates for females. Worldwide, notice how within a couple of generations, motherless communities are considered perfectly natural and normal.

Protect children from lesbians.  Actively discourage public displays of affection between women. Organise the entertainment industry (music, films, television, advertising, internet, etc.) so that it never depicts women cooperating and kissing each other, but always depicts women competing and killing other women. Ban women-only groups and institutions by encouraging mixed gender activities at all costs and at all times.  Make all public toilets gender neutral. Make hospitals wards mixed gender for all ages. Remove government funding from any women-only group.  The number one problem in Western culture is lesbianism.  The bible says that it is a sin for women to lay with another woman:  the death penalty for lesbians is still legal in several countries.  Ban lesbians from giving blood.  “Scientific evidence” suggests that unprotected lesbian sex spreads AIDs globally.  If any woman does give blood, give them a questionnaire with intrusive questions about their sex lives.  Make it acceptable for women to lie about their sexual history, at home, at work and socially. Encourage women to lead secret double lives.

Keep openly gay women away from teaching children in school and youth clubs because all paedophiles are female (well, you can’t be too careful, can you?). Fear of paedophilia means that few women apply to work in childcare or to teach children in primary schools.  There is always the threat that a boy could make an allegation of “inappropriate touching” from a female member of staff.  Some children go through their entire education without having been taught class by a woman. Watch female teachers leave secondary schools in droves.

Ban single gender schools.  Boys thrive in mixed gender schools.  Girls also have the opportunity to become better prepared for the market place by learning to feel more comfortable around boys.  Rather than thinking about homework, exam results and career prospects, instead teach girls how to focus on shoes, dieting, make-up, shoes, fashion, shoes and boys, boys, boys!

Notice how boys thrive in this atmosphere and do better than girls at home and at school.  Girls grow up feeling isolated and alienated from society.  At puberty, finding themselves motherless at home and at school, girls begin to actively seek out mother figures on the streets in gang culture.  When girls start to act up at home or at school, give them powerfully addictive tranquilizers such as anti-depressants and Ritalin to keep them quiet.  If that doesn’t work, expel them from school. If girls start acting up on the streets, send them to prison.

Watch your daughter change as she gets older.  Feed girls from birth with testosterone hidden in tap water, milk, yoghurt, cheese, eggs, chicken, beef, pork and so on.  Notice how boys start puberty early, sometimes as young as 10 years old and girls start puberty later.  Notice how your daughter’s breasts shrink, her periods stop, she starts to grow long hair on her arms, legs and chest, and her chin starts to sprout whiskers.  Observe how fertility rates in women plummet 60% in 40 years.

When women point out that the worldwide suicide statistics is far higher for women than men (80% to 20%), call them weak and pathetic.  When women complain about feeling undervalued by society and they don’t feel like real women anymore, tell them to stop whinging, no-one is listening because no-one cares!  Suggest they get more in touch with their feelings, their masculine side, and they would feel so much better.

If your daughter tells you that she would rather be a boy, encourage her.  Give her a boy’s name, a boy’s haircut, a boy’s clothes and boy’s shoes.  Take your daughter to a sex change clinic as early as possible.  There she can talk to a sympathetic male therapist about her transition.  About why she hates her girl body and wants a boy’s body.  Give your daughter from age four onwards powerful beta-blockers to suppress her body’s natural production of oestrogen.  On her sixteenth birthday, give her extra pocket money so that she can pop over to her nearest sex shop and buy her first six inch strap-on.

(Author of Natural Manhood from Prison towards inner Freedom.

1 thought on “Let Girls Be Boys”