Recently I found myself fiercely determined to be ‘in the right’. As I tried to maintain my argument I became aware that I was feeling off balance, hot and bothered. As I stuck passionately to a favoured theory I realized that I was now breathing rapidly from my upper chest, and I was starting to feel exhausted! By wanting to be right I was cultivating self-importance and tying myself up in knots. I could feel the chi rising to my chest and head, and by my strong desire to win my ‘opponent’ over to my point of view, I was constricting the free flow of my energy, and risking my health and wellbeing.

Chuang Tzu the Daoist Sage described the true Daoists in this way:

‘Minds free, thoughts gone
Brows clear, faces serene.
Were they cool? Only cool as autumn.
Were they hot? No hotter than spring.
All that came out of them
Came quiet, like the four seasons.’

From these words we see that the Sage has let go and is empty of self. He is not concerned with being right but with living in harmony with Nature.

Being in harmony with Nature, the Daoist aligns with universal chi – the innate intelligence of the universe. There is nothing particularly mystical or ‘airy-fairy’ about this. All living organisms live in accordance with the life force. A flower closes on a cloudy day and opens when the sun shines – it obeys its instinctual, intelligent nature. When we are furiously determined to be right and cling to a viewpoint, we distance ourselves from the here and now because we are so caught up in defending our position. In this way we lose touch with our life-force, our innate intelligence. When we lose touch with our inner harmony we are no longer able to respond appropriately to what is happening, and end up feeling overheated, scattered and drained.

When we are determined to be right this means we are afraid of getting it wrong and looking foolish. By being open to making mistakes, accepting our flaws, and being able to laugh at ourselves, we relax and allow the chi to flow. Being yourself and not worrying about being right, you lighten up in an argument and ask ‘tell me what you think?’ and respond ‘How interesting, I never thought of it in that way!’ Interested and open, quiet and cool, you learn more about yourself and the person with whom you are having the discussion than when full of bombast and self importance.

Even though empty of self, you can still feel deeply about a cause, have an opinion, and feel strongly about something. Chuang Tzu said that “The true men of old were not afraid when they stood alone in their views”.

The mark of the wise Daoist is that even though she may hold a point of view she does not cling to it, and is not interested in being right if it means creating an imbalance in the life-force. The balanced mind is never for or against anything – it remains unperturbed, quiet and cool in its reactions and responses, accepting and relaxing.

Being inflamed with the need to be right encourages an imbalance in Fire and Water. Firstly be aware of your breathing – if you are breathing rapidly from the chest then allow your abdomen to expand as your diaphragm moves down in a full breath, then let your abdomen relax as you exhale completely. Try the following to quiet and cool the fiery heat of self-importance:

As you relax affirm; “Letting go of needing to be right I align with the life-force, feel relaxed, cool and quiet”. 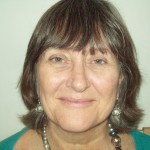 t The College of Traditional Chinese Acupuncture in Leamington Spa with Professor Worsley from 1981 gaining her Lic Ac. in 1984 and has been practicing acupuncture in Scotland since then.

2 thoughts on “Letting Go of Being Right by Vicki McKenna”