AN INTERVIEW WITH JULIEN GRYPE

We’re sitting in a little room at the end of a row of units used as accommodation for the volunteers and residents of New Life Thailand. This room is commonly used for counselling, life-coaching and therapy. Julien sits across the table looking calm despite his busy schedule as a meditation teacher and co-director of New Life.

The centre is near Chiang Rai, a busy city in the north of Thailand.  New Life is a project which provides a recovery programme for people who are suffering problems related to substance abuse and addiction, relationship issues and stress. Accommodation is available to people from all walks of life and from many different countries. There is a truly international feel to the place. Julien is from Belgium and the accountant, Rika, is Japanese. 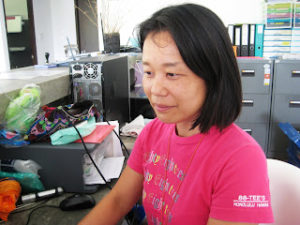 Julien says, There are fifty-six rooms, some of which are double.  Two to four people can sleep in a double room.

Six of these rooms are double rooms and the other fifty are single.  He explains that the centre is going to continue expanding by building smaller rooms which will be in the forest to afford more privacy to those who want it…for solitary meditation practice.

In the beginning there were mainly addiction problems, Julien tells me.  Mostly drugs, secondly alcohol, sometimes maybe sex on the internet; but as we moved along, more and more people came for depression issues, burn-out issues, anxiety, anger-management issues, and now in the last month we see more and more people who are into drink or drugs.  They’re not really addicts.  They’re not really depressed either.  They just feel that their life isn’t going anywhere.  Maybe they’re not happy anymore; maybe they’re burned out; maybe not satisfied with low self-esteem; maybe what they’re doing is not working for them and they want a solution to their problems.

Julien thinks that the application of some of the Buddhist values may be able to help certain people introducing some of the tools that they use to work on themselves.  He says that in the last month more people came simply for self-improvement.

There are nine staff members on the team including a cook, four people doing life-coaching and various auxiliary staff such as gardeners.  Julien says, Four people run the programme and I do more of the management and financial issues, construction and the gardening:  Kruu Kade, she does more of the programme.  She’s the Programme Director.  Thomas and Sabrina do life-coaching.  We don’t really have a business plan: it just kind of grew organically.

Julien is adamant that the process of running the centre is brought about by everybody contributing to the development of the centre.  Everybody has a say, he insists. 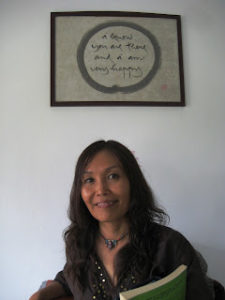 Everyone who works here has had their part of suffering: me, I was an addict for a long time.  Julien mentions several other people who have come with problems.  The traditional treatment options did not work, he says, and we found a way out of our suffering through mindfulness practice, each in our own way. I was a monk for a long time…the monastery where I lived was a working monastery…just to provide fruit for the community, construction, building homes for monks, social work as well.  I learnt through that.  The Founder of the project, Johan Hansen, is a businessman completely convinced that mindfulness, which he experienced in Thamkrabok Monastery, would be a very useful healing tool and he wants to offer this to people all over the world.  He has projects all over the world so he travels most of the time, Julien says. 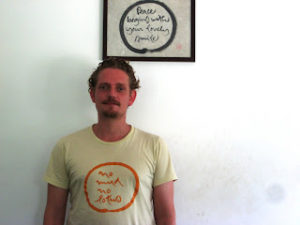 The viability of the centre has to do with certain choices that have to be made.  For all the people who work here it’s important to keep this programme as affordable as possible.  In the beginning we wanted to keep it free – to give everybody a chance to come here because lots of people…don’t have that many resources.  So, if you really want to keep the fee low like it is now, then you have to rely on donations and on the generosity of the people who believe in our project.  So that’s what we do now. Part of our income comes from the fees that we charge the volunteers, the guests and the residents: a part of it comes from donations. Julien says he uses mindfulness in everything he does and that after doing different kinds of rehabs he found that they didn’t work at all and that mindfulness had a transformational power and strength to deal with the destructive habits that had formed.  He goes on to say that mindfulness gave him the capacity not to be clogged up in our thoughts, in our feelings, not let ourselves be like a slave by desires and our cravings.  He found that mindfulness was a powerful tool and that sitting meditation didn’t suit everybody, that different methods like tai chi were more suitable for certain types of people. 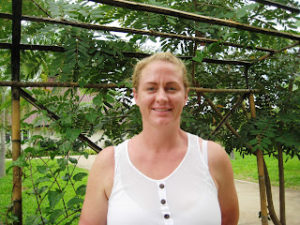 A large part of the centre’s income goes to buy food for the people:  but Julien hopes that there will be some development in agriculture to the extent that they will be able to feed themselves in the future and save money.  At the moment the centre has been breaking even since the beginning of the year.

Around the centre, one can hear Julien conversing in fluent Thai, either speaking to people or on the phone.  He says that working in the kitchen for the monks and nuns at Thamkrabok Monastery helped him to pick up the language, working with Thai women who didn’t speak any English, allowing him informally to learn to read and write Thai script.

When asked where he sees himself in the future, Julien says, I love this place;

I love this place so much.  Every morning I wake up and I walk up here at 5.30, how do I feel? – I feel like the happiest man in the world, just to be able to walk to this foundation and work here…I see people change, I see people grow.  I don’t have any other projects planned.  I can see myself helping someone out, so I can see myself staying here.  Right now, I’m so happy here.

As a guest, I was able to observe that everyone at the centre is kind and understanding towards each other.  There is a certain loving ambience that is quite catching.  I leave the centre with fond memories of the staff, the green fields, the wildlife, the ecologically mindful way in which this young project has taken root over the past two-years, and especially the restful period afforded the traveller looking for a place to find security and understanding. 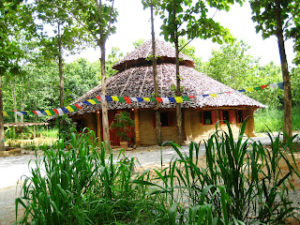