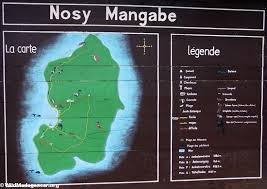 Who would have thought that in the seventeenth century, on a tiny island in the Bay of Antongil in the north east of Madagascar Dutch sailors would be carving the rocks and leaving long detailed messages for one another.    The’ post office’ at Nosy Mangabe is on the tourist trail, but it is also a site of great archaeological and historical interest.  Sites like this with remaining evidence of human presence give  insight into the ways that remote areas were used; as refuges from the wild winds and storms of the monsoons along the African coast; as resting places; as repair yards; and as nodes of communication between sailors mostly plying the trade routes to southern Asia.

With Dr Wendy van Duivenvoorde and Mark Polzer, maritime archaeologists at Flinders University in Adelaide, South Australia (www.flinders.edu.au) I went to Nosy Mangabe in 2012 to record the remaining inscriptions, as part of a wider project  investigating  Southeast Asia’s global economy, climate and the impact of natural hazards from the 10th to 21st centuries  (http://indianoceanworldcentre.com/news03 ).  As a largely terrestrial archaeologist specialising in rock art my role was to systematically record the remaining inscriptions on the rocks, which we would later use to discuss the extent to which this site was a communication node for sailors, and its role in the wider trade network in terms of the challenges that the ships faced with both climatic and natural hazards’ along the African coast as they developed the trade routes and economic infrastructure in southern Asia.

It was a great adventure for all of us.  Leaving from Perth, Western Australia, an eight hour flight took us to Mauritius, then another hour to Madgascar’s capital, Antananarivo, popularly called Tana by the locals.  After a couple of days in the smoke filled haze we took a flight to the north to Maroansetra, on the edge of a large national park.  In Madagascar it rains two thirds of the year, and while we were in the north east it rained every day,  and getting to the island in a small dingy every day was an adventure in itself.  Recording the inscriptions challenging, with the rain and poor light making photography difficult; keeping our equipment in good condition was an ongoing concern.

The last study of the inscriptions had been in the 1920s by the French Colonial Adjunct ME Drouhard, who had documented twelve inscriptions.  Drouhard had picked out the inscriptions with white paint on the rocks, but luckily the paint had long gone by the time we visited in 2012.  We were delighted to record more than forty inscriptions, ranging from simple light incisions of names, to deep and still very clear details of ships with dates of arrival and departure.  The earliest inscription that we were able to date is 1601, and the most recent 1657.  The 1601 inscription is important as it was before the founding of the Dutch East India Company and archival records have confirmed that this inscription was carved by the crew of the fifth expedition to the East Indies by the Dutch; so it was early in the opening of the Dutch trade routes in the region.

Reports and journal articles are in preparation at the moment, but you can see a short article in the Engage Magazine by Flinders University, two of the inscriptions mentioned in a new article in the current edition of Australian Archaeology (find out more at http://www.australianarchaeologicalassociation.com.au/) and look at many of the images on Flickr http://www.flickr.com/photos/wvduivenvoorde/sets/72157629915952199/. 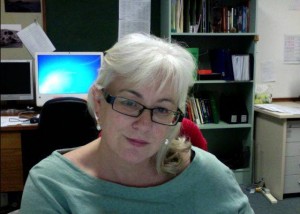 Jane Fyfe is an archaeologist in Western Australia, currently researching the relationship between rock art and identity in the sub  tropical southern Kimberley region of that vast land. Her work finds her doing a wide variety of investigations from excavating a church residence yard in the centre of the city to find the ruins of Western Australia’s first gaol, to a tiny island off Madagascar to record the remains of a four hundred year old Dutch stopping point as trade routes developed to Asia and the Pacific.