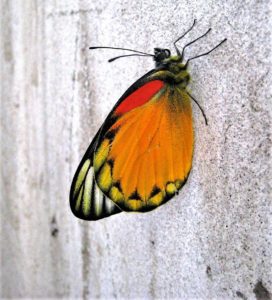 I can’t remember where in India I took this photograph of the butterfly. I was in a photographic shop in Agartala, the capital city of Tripura state in North East India and saw a photo on the wall which was uncannily similar to this one. When I was checking my photo against the one on the wall, the shopkeeper told me that no photos were allowed in his shop and he told me to erase my photo. I had a hard time explaining that the photo on my camera was mine and was almost exactly the same as the one on the wall. He didn’t believe me and I kept my photo. 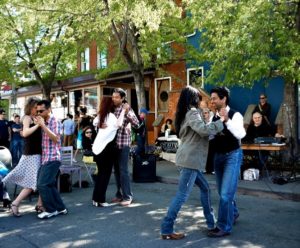 I was in a sidewalk restaurant with friends with this dance taking place on the street. Great time and great food.  Toronto. 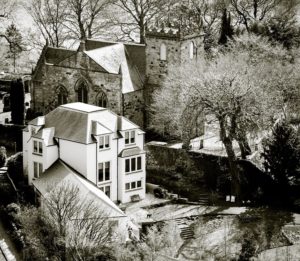 Liked the effect of the spring sunshine freezing the house, trees and garden which metamorphose into a winter’s scene. 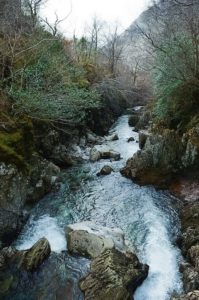 An old photo of the burn at Hermiston of Braid. This was early spring and the weather was cool which is reflected in the monochromatic tints of the stones, water and trees. 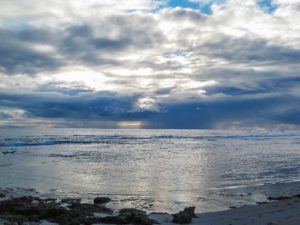 Storm clouds over the Indian Ocean from Kalbarri south of Shark Bay, Austalia. I like the merging of the different shades of blue and the cumulonimbus storm clouds fronted by the mid level alto cumulus in the foreground. The beaches along the shoreline are generally empty and bare. 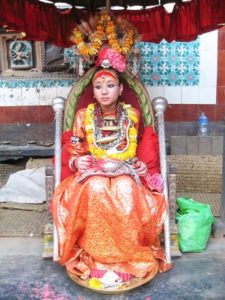 This is the Kumari or Living Goddess in the City of Patan. I had seen the Living Goddess in Kathmandu and didn’t realise there was another in this ancient capital. She didn’t look too pleased, but then she became the Goddess through her attribute of being emotionally detached from the world around her. Why she was out on display I don’t know. Beyond the wildest dreams of Kew are the facts of Kathmandu  … 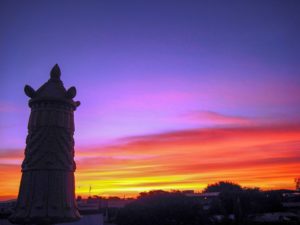 South India and this surreal sunset. I’m on the roof of a Tibetan Monastery in the town of Mundgod where we were staying. This was taken on the day that the 100th monk had self-immolated. 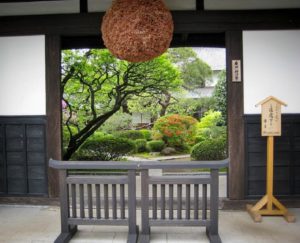 A perfect balance looking into a garden containing a school and community centre. We had just missed the cherry blossom time in a town about 2 hours out of Tokyo. Such care and cleanliness is the hallmark of the gardens in Japan. 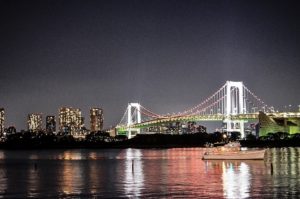 Many rivers run over and under Tokyo. I wanted to capture the light pollution thrown up by the bridge and buildings. The little boat provided perspective. 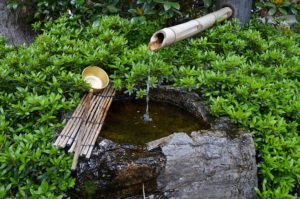 Again, a garden in Japan. This time in a distillery that produced all kinds of saki. The scene depicts serenity and purity and a continual movement of time passing. 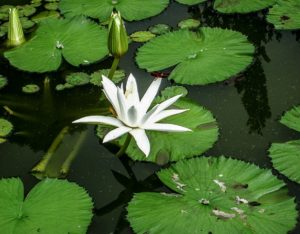 Lotus in a pond in Singapore Botanic Garden. A place we literally got lost in every time we visited. 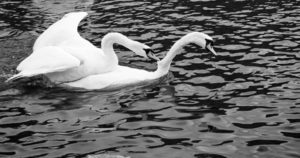 Could have been taken at a faster speed which may have compromised the texture of the water surface. Looks like a couple of cobs.