Surely, if the human condition could be fixed, the Buddha would have fixed it long ago. I’m sure Mother Theresa or Mahatma Gandhi would have cracked the code. And certainly the Dalai Lama would see to it that something was done. The staggering beauty of the efforts of history’s great luminaries, both past and present, is that despite knowing the unfixable nature of things, they did everything thing they could to serve others. In fact, they tried with all their might.

Temple Grandin is an expert in animal behavior and has deep insight into animal mind. She attributes this understanding to having been born severely autistic. She has observed that some patterns of animal behavior resemble the mental, emotional, and physical patterns she and others with autism experience. She is well known for having designed stockyard and slaughterhouse facilities that reduce fear and stress in cattle. A radio interviewer recently asked her, “Why bother creating more humane conditions for animals that are about to be slaughtered anyway?” Ms. Grandin replied, “Why else, but to reduce their suffering.”

Whatever we can do to serve others, at any moment, in any situation, is the practice of bodhi, or awakening. Service awakens in us a natural generosity, not a calculated response that weighs the pros and cons and decides whether it’s worth the effort. It is a matter of the heart. We see a need and naturally move toward it. Shantideva, in The Way of the Bodhisattva, says that if our hair were on fire we would be obsessed with putting it out. In the same way, the process of awakening through service is the obsession of a bodhisattva.

Once I drove from my home in Crestone, Colorado, to pick up my brother in Santa Fe, New Mexico—about a three-and-a-half-hour drive. On my way I stopped at a gas station and saw that the lottery was up to one hundred and seventy million dollars, so I bought a ticket. On the drive I thought, “What could I do with one hundred and seventy million dollars?” Hmmm . . . I could financially support members of my spiritual community so they could practice meditation and afford to work solely in service of the Dharma . . . I could build a healing center and a hospice in my town . . . fix up the horse stables . . . support my teacher in an extended retreat . . . sponsor my friend who paints beautiful devotional paintings . . . Three and a half hours later I found myself in Santa Fe feeling unusually fresh and resolved. Without noticing, I had not dedicated a single moment of my fantasy to what I could get for myself. And this, I realized, explained why my mind felt so at ease. Rinpoche always says that focusing on the happiness of others is the purest form of happiness. What could be truer?

On the bodhisattva path we make big aspirations: “May I attain Buddhahood for the benefit of all beings”; “May I bring all beings to enlightenment”; “May I take the suffering of others onto myself so that they can experience a life free of suffering.” Sometimes we say these things without believing them. I remember one student actually trying to prove, with a calculator, the impossibility that all beings could attain enlightenment.

Serving others doesn’t have to be grand. Extending a warm gesture to someone that we don’t even know—say, on the bus—can make a tremendous difference to that person. It can bring them out of a deep place of isolation. Together, we share a moment of humanity. It’s priceless.

In his film Land of Silence and Darkness, Werner Herzog documents the work of Fini Straubinger, a deaf-blind woman dedicated to bringing others in the deaf-blind community out of their deeply withdrawn state of aloneness. She “speaks” to them through tactile translation—a system of communication that consists of tapping and stroking different areas on the palm of the hand. As we watch her work, we wonder, “What would it be like to have so little sensory input?” Without this kind of communication, deaf-blind people would be totally cut off from the world. As one person says to Fini, “When you let go of my hand you could be a thousand miles away.”

In the film, we watch Fini first tenderly make contact with, and then hand over a radio to, twenty-two-year-old Vladimir, who is not only deaf and blind but also has Down syndrome. Vladimir can’t walk, he can’t communicate, he can’t dress himself. When we’re first introduced to him, we see him alone, making sounds and hitting himself with a ball. He tries to understand the body he inhabits. He tries to understand himself in relationship to other things, in the environment he lives in. When Fini hands him the radio, although he can’t see or hear, he feels the vibration of the music, and he clenches it in his arms as if he were making it a part of him. We see him come out of his isolation for that moment and become a part of something bigger—this vibrating, pulsating, energetic thing in his arms. That single moment brings home to us the importance of human interaction and love. And, it makes us wonder: how much do we ourselves withdraw into our own painful state of self-absorption?

The Science of Awakening

When we extend generosity to others, not only do we ease their pain, we also awaken—come out of our own isolation—in the process. There’s a science to serving others.

Whenever we visit a big city we can stop and offer money to the homeless people we encounter on the street. So often we see people rushing around, trying to get where they are going. But when we take a moment to make an offering to someone in need, and have a human interaction, it changes the whole atmosphere of our mind and theirs. It takes us out of automatic pilot. Serving others is the antithesis of retreating into the self. It is an energetic shift that moves us toward the open and boundaryless state of interdependence.

Dzigar Kongtrül Rinpoche often says we don’t have to get rid of the self or ego when we do this. We don’t have to change the basic makeup of our mind at all. We simply need to make ourselves big enough to include others in our wish for happiness rather than just focusing entirely on ourselves. In other words, the more we decentralize the self—the more we spread our wealth of love and care—the freer and bigger we become. We discover a happiness that is not reliant on the conditions and preferences of self-care.

When we serve beings with all our might, our aspiration to benefit them shepherds us toward the bigger truth of interdependence. As our wisdom of the interdependent and the boundaryless nature of things increases, so does our compassion and inclination to serve. Do you see the relationship between these two? Without this bigger view, we would simply try to fix things in our limited, objectified world. And without the practice of service, we would have no way out of that world.

The science of awakening is not a Buddhist principle. It is a shared experience that reflects the laws of cause and effect. When I listen to the news I am often struck by the stories I hear. People who experience great loss and suffering naturally look for ways to serve others. They move from “I am suffering” to “there is suffering,” which inspires in them a longing to serve. The love that inspires this longing is the same love we all have when we stop focusing solely on ourselves and move toward the truth of interdependence.

“Best then,” as my teacher says, “to become the keepers of our brothers and sisters.” Best then, that they become the object of our understanding and love. Best then, that we care for them as our means to awaken to the great interdependence of “things” beyond self and other.’

We often think of engagement as social activism. What we call “engaged Buddhism” is Buddhism that takes on a cause. But the Buddhist path, by its very nature, is a path of engagement. When we make ourselves big enough to include all beings in our love and care—when we accommodate everything—we fully engage the world. We are right there with everyone and everything else.

Our level of engagement doesn’t necessarily depend upon the amount of social action we undertake. We can serve others while being totally disengaged and selfinvolved, in which case our actions will be puny. Or, we can be totally engaged while sitting alone in a small retreat hut. People who have done long retreats often talk about this experience. When they set their boundary at the beginning of retreat they feel isolated. There is a sense of trying to keep the world out. Later, a deep loneliness sets in. But instead of feeling depressed by this loneliness, they feel touched by a heartfelt sense of kinship with other beings, as if the entire universe of beings were sitting right beside them in their small hut.

Some people think that retreat practice is just another way to withdraw from the world, and I suppose it could be. But if we consider how much time we spend running around, distracted, thinking only of ourselves, perhaps it will lead us to wonder . . . whether staying alone and reflecting deeply into the nature of things might actually be a brave and noble thing to do. I personally find solace in the fact that there are people in this world committed to this kind of wakefulness.

The point is that engagement happens when the artificial barriers between self and other, my retreat and the world outside, in and out, begin to fade. Engagement takes us beyond the extremes of complacency or trying to fix things, and demands the courage and presence of the Middle Way mind. The greatest kindness we have to offer others is to not withdraw into our self. 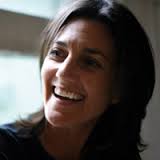 Elizabeth Mattis-Namgyel is known for her willingness to question the spiritual path in order to reach a place of genuine practice and awakening. Using the Buddha’s teachings on emptiness as lens, she asks us to take a fresh look at all the assumptions and beliefs we have about reality and liberation.

Republished with the kind permission of Elzabeth Mattis-Namgyel