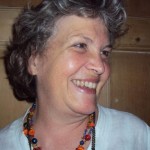 Background : In 1972 the North of Ireland had become a harrowing place as Catholic and Protestant civilians became more and more preoccupied with establishing territory and identity. As the unrest grew, so did the urgency for a peaceful resolution to a conflict stretching back into history. The conflict was resurrected during the 19th century during the Great Famine between 1845 -1852 and after, when Scots presbyterian families (the ‘planters’) were relocated to Ireland as a means of strengthening British occupation. Potato blight had decimated food crops and millions either starved to death or were exiled to America and Australia on the now famous coffin ships. During that time the population had dropped from more than 8 to just over 2million, leaving homes razed to the ground and vast tracts of land empty. After half a century more of civil unrest, and the notorious Easter Rising of 1916, an agreement was struck in 1921 whereby a portion of Northern Ireland – known as Ulster – would be retained as British territory, while the other four provinces became known as the Irish Free State, now Southern Ireland.

Unrest continued across decades as the Catholic population of Ulster struggled to be reconnected to the Free State and Protestant immigrants determined to keep their connection to Britain. In 1969 what were known as ‘The Troubles’ began in earnest as the British governors of the day sent in armed forces to protect the Catholic minority, most of whom lived in and around the North Western part of Ulster, then known as Co. Londonderry. In 1972 the people of Derry ‘Bogside’ , which was predominantly Catholic, in tandem with the Irish Republican Army (IRA) planned a peaceful but illegal protest to bring attention to the situation. Children and adults alike, still dressed in Sunday clothes walked a preplanned route, lined with soldiers whose job it was to protect. Things went terribly wrong, and thirteen unarmed people were shot dead, many in their teens and early twenties. Riots ensued and many more were injured. The day became famously known as ‘Bloody Sunday’.

Since that time, His Holiness the Dalai Lama has quietly visited Ulster on a number of occasions to engage in the peacemaking process. On one occasion, while he spoke publicly in Belfast and visited both Catholics and Protestants in their homes, a group of Gelugpa monks who had accompanied him, spent the week creating a sand mandala in an upper room of a Catholic Retreat Centre shared by Benedictine Monks and Sisters of Our Lady of the Apostles in Rostrevor, Co Down, a town that borders both northern and southern Ireland.

The Saville Report, finally released on the 12th June 2010 by the British Government, after many years of controversy, vindicates the dead and sheds new light on what happened on that day.

Richard Moore was 10 years old when his uncle was shot on Bloody Sunday. Five months later as he walked home from school in Derry’s Bogside, he himself was blinded by a rubber bullet fired at close range by a British soldier. The bullet had skimmed his face, passing across the bridge of his nose, doing irreparable damage.  He made a remarkable decision as a young man not to seek revenge, but to try and understand the meaning of what had happened to him. The story is told in his autobiography ‘Can I Give Him My Eyes?’ So named after the words his father spoke on hearing from doctors that his son had lost his sight.

In 1993 Richard formed the charity, Children in Crossfire, which helps children who are innocently caught up in war, not only in Ireland but throughout the world. In 2007, the 10th Anniversary of the Charity’s foundation, a conference was held in the Derry Millennium Hall. It required a keynote speaker, and two years previously Richard had written to His Holiness the Dalai Lama and invited him to attend. His Holiness’ reply was instant, and positive.

In his introductory speech Richard told us that 8 years ago he first met the Dalai Lama over lunch on a previous visit to Derry, when he had showed an inordinate interest in Richard, his story, and said he also wondered about the Soldier. The Dalai Lama kept in touch with Richard afterwards and some 3 years later in Belfast, Richard again attended a talk given by His Holiness, although this time, to his amazement, Richard found himself sitting in the audience and listening to his own story, as told by the Dalai Lama.  He then made a decision, because if his story was important enough to be the focus of a talk shared publicly by His Holiness, then Richard could find the courage to complete the work he felt that needed to do. Richard told us that growing up he had thought often about the Soldier who fired the bullet, wondered what kind of a man he is and what his life has been like.  It took him one year to compose the letter, to say what he needed to say, to express his feelings and forgiveness to the Soldier in a way which would not be patronising or diminishing. He asked the Soldier if he felt they could meet, as this would not be out of the question for Richard himself. One year later Richard received a reply.

As Richard spoke at the conference, His Holiness had been sitting as close to him as possible, holding his hand, filling his glass of water, and, when he took over the story, he continued to hold Richard’s hand.  He called Richard his hero, because, he said, all that he himself does is preach about compassion and wisdom, but that Richard had actualized the transformation. He told us that this is not about Buddhism, but basic humanity, and that it doesn’t require any particular creed or religion to be able to go beyond the stuckness of negativity and the clinging to old patterns of relating. He told us that on the morning before the conference he had met the Soldier with Richard and their families, and that it was the greatest gift that he could have been given. He spoke for over an hour about the importance of letting go fixed notions of how the world works, and opening to possibilities for new things to happen, for the exquisite lotus flower to blossom out of the mud.

As the conference came to a close, there was a small interruption back stage, and a grey haired man walked on unannounced. He said that he also had something to say. He walked up to the Dalai Lama and Richard, they hugged, and he took the microphone. Linking arm in arm with Richard, the Soldier spoke in a loud public school accent, he spoke about his devastation, remorse and guilt at the pain his action as a young man had caused, thirty five years earlier. He said that not a day had gone by when he had not thought about Richard, and he spoke of the incredible mixture of emotions he experienced when the letter arrived two years previously. It took him a further year to organise his own thoughts and feelings and respond in a way which would not seem undermining or slight. He asked Richard if they could meet, and they did, in Edinburgh Airport. They spoke for 5 hours, they had so much to say, it was, he said, as if they were one person. Since then they have had further meetings, and included their wives and children; friendships have formed. And he said he has so much to thank Richard for.

The Dalai Lama told us that in previous visits to Northern Ireland he had felt a coldness in some place in his heart, he felt the sadness, anger and grief, the suffering, and was not sure that it would be possible for this to be healed, but that he wanted us to know that on this visit, it was no longer there, his heart was warm, he felt very optimistic for the future of this island in its entirety. The conference ended, and the audience of 1,000 gave a standing ovation as three men embraced unashamedly before us: The 14th Dalai Lama of Tibet, the blinded Derry born Richard Moore, and the British Soldier.

Can I Give Him My Eyes? Richard Moore. Hachette Books, 2010.

This is an extract from a longer article ‘An Open Letter to Brian Keenan’ published in The Journal for the Irish Association of Humanistic and Integrative Psychotherapy. Winter 2007. Revised and re written June 2010 for Bodhicharya Publications.