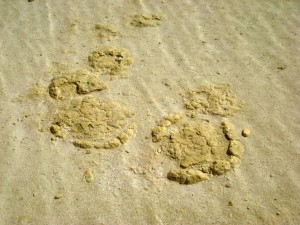 Western Australia has some unique sites:  the Pinnacles in Nambung National Park formed from the remains of seashells; a pink lake in the Esperance area brought about by the acccumulation of algae producing the red pigment beta carotene; and the stromatolites on the outskirts of Cervantes. 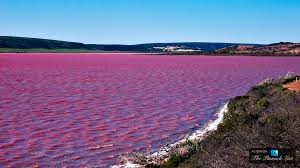 In the town, all the names of the streets have Spanish  connections.  My wife and I stayed in a small bed and breakfast that suited us in a street called Malaga.  At one end, the road came to a halt and there began miles of white sand and igneous rocks that sparkled in the winter sun.  As the sea roared in, it was easy to imagine we were on a desert island in the Indian Ocean.

A five minute drive took us to this peculiar lake containing the stromatolites, one of several to be found in Western Australia.  Around the lake are various boardwalks jutting out above the water.  The the lake can be circumambulated in about 45 minutes.

The stromatolites are a kind of bacterial rock and they all sat in the shallows at the edge.  They evolved from rocks during an ancient period called the Archaean from about 4 billion to 2.5 billion years ago. Apparently, they were formed at some point during the first billion years of the earth’s existence. Looking a bit like off-white sponges, if you stare long enough you can see the odd bubble of oxygen emitted rising to the surface of the water.  This is the beginning of the process of photosynthesis.

After a geological stretch of time, the cynobacteria proliferated and produced CO2.  I put my finger in the water and tasted it.  It was so salty I could still taste its salinity hours later.

Some of the stromatolites were rather flat and shapeless while others were like large cauliflowers.  (The word stromatolites comes from the Greek for matress.)

There they are, growing in the water as they must have been 2.5 billion years ago when they had become sticky and captured the dust and sand to form a ‘rock’ that was alive with bacteria. 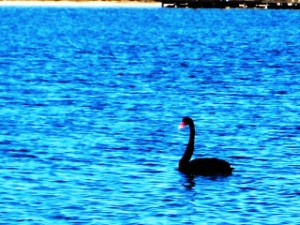 A man and woman did come along to see the stromatolites and I said to the him, “Say hello to your uncle!”  He just smiled.

(I’d be interested to hear about the Buddhist perspective on evolution.) 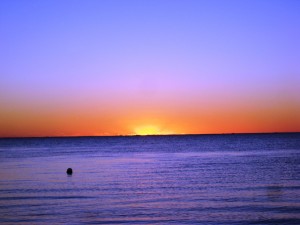