I first felt the onslaught of the digital tsunami in my engineering days.  My job as an apprentice toolmaker was to set up capstan lathes in a small factory in Glasgow that made bespoke accouterments for submarines:  salinometers, micro-valves and custom tools for cutting gears.  Crockets was the name of the company.

After two years of working there, the management decided to invest in machines that could be monitored by one man from a centrally situated hub and my skills quickly became redundant, along with about 10% of the factory’s workforce.

It was the sixties and the journey from analogue to digital had begun.

In 1981, after many years of working on a BBC computer and inking exam papers on a Banda machine for third-world use, I was in Toronto where I was helping to build a sauna with some Polish students in the district of Pape.  The house was a late 19th century French colonial structure.  The sauna was annexed to a bedroom on the top floor, the middle and ground sections providing living space and a kitchen respectively.  In the basement was a service workshop for Apple computers, the first in the country I was told.

Tom and his wife Trudy, the owners of the house, left me in charge while they went for a two-week vacation to Tobago.  I was to sign myself in and out of the place, cook my food in the kitchen, and was allowed to’play’ on the computers in the basement.

I don’t know how you feel about packman and on-screen table tennis, but don’t get involved, ever, with shooting alien craft out of the sky as they drop to earth in ever-increasing numbers accompanied by a repetative, digital soundtrack. I spent 16 or more hours a day at the screen and walked about the house zapping everything in sight in my line of vision accompanied by an auditorially tintinnabulated internal screeching of extra-terrestrial craft landing from the ceilings of the house.

Nowadays, while driving, I think of how my father would have wondered at the technology used in cars these days.  For as far as I can remember he drove a new car every year until he died in 1972.  These included Vauxhall, Singer, MG, Morris Oxford, Triumph, Humber, Austin, and various other models.  (I also wonder how Leonardo da Vinci would react to television, helicopters and aeroplanes, and, well, just about anything in the modern world.)

Now, microprocessors in cars regulate the windows and the engine with on-board diagnostics.  The engine control unit, for example, is one of the many seeming miracles of vehicle technological developments.  It balances the mixture of air and fuel that passes through the catalytic converter to remove pollutants from the car exhaust.  And what would my father think of me speaking to someone on my hands free iPhone then switching to a GPS navigation system which can forecast my time of arrival at a destination by the shortest and least cumbersome route in real time?

Now, I have an old and redundant SLR Pentax in my cupboard with a detachable 185 mm lens, replaced with a Nikon digital camera, a Cassio compact camera and an iPhone on which I can access What’s App, Viber, Face Time, send and receive texts and tweets, send an Instagram,  listen to music on wireless digital headphones on Deezer or Sound Cloud, enter appointments in my calendar with one click, find the arrival of a bus near my home or anywhere in the country, carry plane, train, bus and theatre tickets in my digital wallet, make use of predictive text which suggests words I might wish to insert in a text field, predictions based on the context of other words in the message and the first letter typed…and take a pretty good photo with a selfie stick that someone gave me.

As for the future. Well, here are some of my predictions.  I was told by an 86 year old mathematician who used to work in Ferrantis developing electronics for the defence industry that most of the guesses below have been or are in progress.  Excuse the layman’s vocabulary:

In a billion years, let’s imagine that we’re still around, the difference between human appearances now and then would be as different as the forms evolved by bacteria and a monkey.

I read that somewhere.

Technologically, well, that’s beyond all our present understanding. 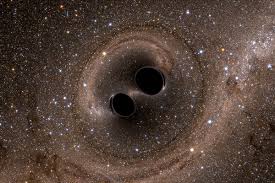