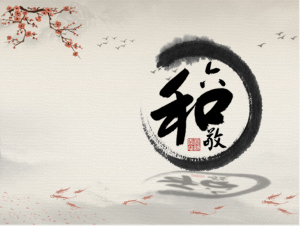 Beneath the sea of glistening stars,
Between the ethereal evening air,
Lies a forest of glowing dreams,
But as diverse and rich as they are,
None escape the same Moonbeam.

Under the lucent morning glow,
Roll waves of raving emotions,
Turbid fortunes and cruel woes,
The burning craving of billions,
Yet the same Sun illumes them all.

Princes, beggars and pretenders,
All dance their own tango with
Fortune’s jeering taunts and tantrums,
Each gambles to grapple with fate,
But upon the same soil they all tread.

The crown of a grand old oak
Casts a wide and mighty shadow,
Ruffling with a myriad of leaves,
Adorned by blooming blossoms
That sprout in spring and wither in winter,

With branches amber in autumn,
Green in summer, and lean and bare
In Saturn’s season of barren frost.
Yet for all its lush richness, it still rests
Upon one abiding unchanging trunk.

So even as human affairs steer here and there,
And wander and meander like wetland streams,
The timeless source remains the same,
For all ripe fruits return to Buddha’s root.

It is often asked why it is said that there are 84,000 different Dharma-doors (i.e. innumerable forms of Dharma). The answer is simple: Sentient beings are complex and have innumerable biases, different spiritual levels and varying aspirations.  Thus, it is not possible for one fixed form of teaching to suffice by itself.

Therefore, the Buddhas and Bodhisattvas have not only spoken a rich collection of different Sutras, but have also manifested as the Sages and founders of different religions in order to teach those who could not yet accept the Buddha-dharma.

According to the Ven. Master Hsuan Hua:

“In Buddhism, he (Guanyin Bodhisattva) appears as a Bodhisattva; in other religions he often appears clad in white robes. In Christianity, he is the Holy Mother; he appears as the Holy Mother to teach and transform a certain category of beings. He appears in white robes and Christians call her Mother Mary, but actually she is Guanshiyin Bodhisattva manifesting in that form to inspire beings to bring forth a resolve that will lead them sooner or later to understand the Buddhadharma. Once they understand the Buddhadharma, they will bring forth the resolve for Bodhi. These are the endless miraculous functions and inconceivable states of Guanshiyin Bodhisattva.”

Despite this rich varied diversity, the purpose is all the same: To promote virtue and eschew vice, which is the key (i.e. the Sila of the Threefold Training of Sila, Samadhi and Prajna) to eventually developing faith in the Buddha-dharma. For a more detailed analysis, please read my following Public Domain essay:

Thus, interfaith harmony is important, and no one should be caught up in conflict or strife over superficial differences, for all roads lead home.

However, even though all roads (religions) lead to the Buddha-dharma, all of the Buddha-dharma and every Sutra are united by Amita Buddha’s Pure Land School, the easiest and most wondrous Dharma door, cultivated by both the brilliant and base. The only practical way to Buddha-hood in our current Dharma-ending age.

For an introduction to Pure Land Buddhism, please read my Free and Public Domain translations of the The Buddha Speaks the Mahayana,Infinite Life, Adornment,Purity, Impartiality, and Enlightenment Sutra, and the Path to Pure Land prayer