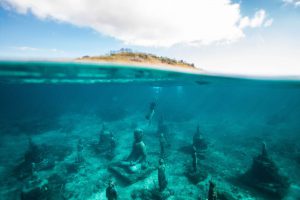 Some charismatic leaders take advantage of Western misconceptions rather than correct them, a Tibetan Buddhist teacher from the UK argues.

In today’s Western society, where the dominant cultural systems are failing to provide explanations for life’s philosophical questions, a space has opened up that Buddhism is uniquely suited to address.

It is crucial, however, that the temptation to assimilate Buddhism to the ruling ideologies of our age—scientism, ideological fanaticism, and a ruthless self-absorption masquerading as spirituality—be resisted. Such temptations lead to what we might term “fake Buddhism.” Though this has many features, perhaps the most significant is its determination (knowingly or in ignorance) to sever the necessary connection among ethics, meditation, and wisdom—the three trainings that comprise the backbone of all Buddhist traditions. Either a free-floating meditation detached entirely from the other two trainings is formulated or ethics and wisdom are corrupted by spurious notions such as “crazy wisdom.”

Whichever the severance may be, the ground is thus created for the scandals that have plagued Buddhism in recent years and caused disillusionment for many. Unfortunately, the simultaneous disappointment all too frequently becomes resentment, and, whereas disappointment can be the first step to wisdom, resentment brings only disaster.

It is a great tragedy that nowadays many people’s connection with Buddhism bears all the tell-tale signs of a journey from credulous enthusiasm to resentment. Maybe in some cases it’s because they have embraced a phantom—a version of Buddhism that would be unrecognizable to any of our Buddhist predecessors, not to mention the Asian people who still make up the bulk of practicing Buddhists—and one, sadly, that cannot benefit them in any profound manner. One need only glance at the concerns and assumptions of vocal “Buddhists” in the West to sense that these are two very different worlds, and to wonder what “Buddhism” it might be that most Westerners have embraced.

In fact, the answer is clear. They have embraced a Buddhism largely of their own projections, albeit in some cases with some skilful prompting by the kind of Asian or Western teachers who are active in the spiritual marketplace. It is a Buddhism shorn of anything objectionable to the upscale inhabitants of London, Santa Monica, and Manhattan. It’s a Buddhism in which the moral seriousness of traditional Buddhism, a seriousness grounded in respect for others, has been amputated. In its place has been grafted the license of absolute autonomy to the self, for whom individual choice is the only arbiter of good and evil. In short, rather than abandoning self-centredness (and the other powerful gods of our age) and turning instead to Buddhism, we have found, or so we think, a religion that can accommodate them.

It is the apparently unthreatening nature of Buddhism that makes it so attractive to those for whom Christian consolations are unfashionable and restrictive. The sophisticated, well-heeled, and well-connected are excited to be the guests of honor at the Buddhist party today because they imagine that it demands nothing of them, but I don’t see much room for the ordinary, unshowy man or woman with their dirty hands and struggles.

Such a toothless Buddhism, which is only attractive because it is not Christianity, can do nothing to liberate us from the suffering of birth, old age, sickness, and death, for it leaves intact the entire machinery of self-clinging, self-cherishing, and the ensuing disturbing emotions, and here is the root of the disillusionment many come to experience so often. Such a diluted Buddhism cannot provide support and clarity when difficulties turn up, as difficulties inevitably do, and so those who become disillusioned will either return to Christianity, or embrace a total cynicism.

Another version of this disillusionment is felt by those who collapse into resentment on unmasking their chosen guides as nothing more than deceivers. In the modern Buddhist world, it is sometimes hard for neophytes to distinguish the authentic masters from the snake-oil salesmen. They have similar names, they sometimes come from the same places, and, nowadays, they’ve even got the titles. The one difference, which should be obvious (but unhappily may not be to us, owing to our inexperience in such matters, and the general newness of Buddhism in the West), is that the purveyors of snake-oil long ago cast off the shackles of fidelity to true Buddhism in word or deed. Maybe that’s why we like them to begin with—they’re flexible. Perhaps, in some way, they remind us of ourselves.

In many cases, we have embraced a spurious system that is Buddhist in name only, and, what is more, we have often embraced masters who are masters in name only. No wonder we are disappointed when we discover that Buddhism is far from what we imagined. How the truth is going to hurt when we find out how we have allowed ourselves to be deceived.

However, resentment at the phony package we have been sold, or at the flourishing of the fakes, is somewhat misplaced. First of all, we gave them their power, out of a mixture of credulity and lack of curiosity about Buddhism itself. Secondly, our motivation, all too often, was essentially frivolous and led us to prefer the fashionable and famous over the authentic but unglamorous. In any event, the truth is that fakes have always ridden on the heels of the authentic, whether it’s Devadatta stalking the Buddha, or the numerous examples of fakes and fakery in Tibet called out by masters as far apart as Sakya Pandita in the 13th century or Patrul Rinpoche in the 19th century.

At the time when Sakya Pandita was pouring the cold water of clarity on fakery, there were enough people serious about Buddhism itself, and not the transient charisma of certain masters of fake Buddhism, to heed his advice, and this ensured the continuation of the teaching. In this way, disillusionment with the inauthentic was not poisoned by resentment, precisely because of a wish for engagement with the real teachings. Today, I’m not sure there are enough people who want Buddhism undiluted.

Saints and sinners exist side by side now as they always have in Buddhism. Our focus should be to learn the teaching from those masters who, in their actions and instructions, embody the old qualities of Buddhism. In this manner, we will learn to discriminate wisely, as grown-up people do, so that we don’t get tricked by the salesmen offering us their poisonous remedies. However, we will only want to do this if our motivation is well-grounded.

Unfortunately, we’ve not understood that this is the way it’s always been, and—until all sentient beings have attained enlightenment—the way it’s always going to be. So, sometimes, we begin with naïve and over-exaggerated “devotion” to a teacher who, we imagine, floats somewhere above the tiresomeness of interpersonal responsibilities (except to us, of course, because we don’t really mind how anyone except us is treated). It’s this credulity and ignorance concerning the actual role of teachers that gets some into the beds of some unscrupulous “masters,” and others into the proxy armies that the empire-building teachers form out of their naïve followers to fight their battles and disable their opponents for them. Incidentally, happily for these masters, there’s no one quite so fanatical as their impressionable followers in policing the territory of dispute with the weapons of anathemas, exclusions, and bans that are a feature of the contemporary politics of Buddhism. Of course, it is all so much easier than practicing the dharma, with its constant challenge to the comfort of our self-clinging mind.

Inevitably, in the end, the bottom will fall out. For some, this happens once they recognize that genuine Buddhism is utterly different than they had imagined and they recoil in disgust from how different from our contemporary opinions it really is. Others will discover that the fakery that they have swallowed cannot provide support and guidance in a time of difficulties. For yet others, there will be the devastating understanding that they have allowed themselves to be manipulated, and, in the moment of disillusionment, where once there was a fanatical devotion, there will spring up an equally fanatical resentment. It will be all the sharper for the wound to their self-love and vanity. Previously god-like masters—variously father, mother, lover and best, best friend—will now be condemned as vampire chiefs leading a conspiracy of manipulative demons. One can only feel a great sorrow for those caught in such a situation, whether it is through their own credulity or simply youth and innocence.

However, it’s time to grow up. It requires that we shed our illusions—in short, become properly disillusioned—because there is no other way to avoid the extremes of credulity and resentment. We have created a “Buddhist” samsara for ourselves, perhaps with the help of people whom we should have looked at a little more carefully. After all, as Patrul Rinpoche says, to follow a fake master ends up with us jumping off the cliff with the one in whom we have placed our trust, hand in hand, to mutual destruction.

Adapted from Wisdom in Exile: Buddhism and Modern Times, by Lama Jampa Thaye. Published with permission of the author and first appeared in Tricycle