I remember, many years ago, visiting the Samye Ling monastery for my annual vacation from Germany to meditate, reflect and to attempt to recover from the existential anxiety of a young, displaced composer. I spent much of the time in silence, hoping to accelerate the process.

I met Jean Paira Pemberton when she joined me on my long walks. I was silent; I listened to her as we walked along farm tracks along streams of water or in the hills, covered in pine forests.  I was enjoying listening to a remarkably erudite and intelligent person, flattered by her trust, relaxing in her warmth. She often talked about the recent loss of her only son, and of her poetry.We were both engaged in our processes of healing. Jean and I have been friends ever since, our bond deepened through our relationship with the dharma and Ringu Tulku. It also proves that a difference in age is no barrier to friendship. Jean was born on 20 May 1930, which puts three decades between us, but I have always found her ageless. ‘Between ages’, as she might have put it, because she talked about her being ‘between two cultures, two languages and two disciplines.’
When I met her, Jean was in the process of doing what she was doing all her life: turning experience into word. This is how she herself explains the process.

As far back as I remember I have put words together – partly from sheer enjoyment of the sound. I can remember as a child circling the large farmhouse mahogany table and chanting the names of Mexican volcanoes and other exotic places: Popocatepetl, Timbuktu, Samarkand. But also, as far back as I can remember, whatever the experience, asking myself, “What can I make of it?  – What can I make of it?” 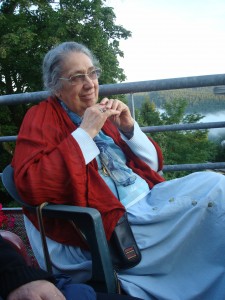 Poien – to make, to fabricate. That is where poetry comes from.

So I made word-objects, not only to express the experience but also to make sense of it, to try to understand it and make it meaningful. And so ultimately to share it: the basic function of language.

In older societies, ritual was one of the means of doing this. I became acutely aware (at one turning point in my life) how the loss of ritual has deprived people of this way of “making sense”.  In Ireland’s Aran, later, I discovered how important the survival of ritual can be. Poetry came to feel like one possible substitute of lost rituals. A socially acceptable form by which to express deeply intimate and also inexpressible feelings that polite society represses in the raw, but yet are universally encountered: births and deaths and the fear of death; love and betrayal and fulfilment. This, and all the sorry state of the world: the tragic conditions impinging on our lives. In my case the Depression of the thirties and the Second World War. There are poems in this book prompted by the horrors of the Balkans, Rwanda and the inextricable drama of the territory I knew in my innocent Biblical childhood as Palestine. So the poetry became an obligation.

A book is apparently made up of pieces of writing. But I am not a writer. I make things up in my head, juggle with words and their sounds until the thing, in the best of cases, seems to have reached some definitive kind of arrangement. Sometimes I have to give up, believing that what is worth retrieving will retrieve itself on some other occasion.

And so, over the years, a vast quantity of “things” has grown up. They have circulated, among friends and acquaintances. A few have been published (by others) in odd places.

Unexpectedly for Jean, friends and colleagues in the university in Strasbourg where she had taught, recently offered to mark her 80th birthday with a publication. The result is a substantial book which she calls (after TS Eliot) “my private words, addressed to you in public.”

Jean said to me, “Poetry is something you do for other people as much as for yourself. It really is communication, with no guarantee that your own experience is conveyed, but that it resonates with other peoples’ experience, and so they can make the words their own.”

Writing about her poetry compares poorly with reading her lyrical and thoughtful poetry (as we discovered on that magical day when she read a poem to Ringu Tulku and to all of us at the Summer Camp in La Petite Pierre in August 2010).

There’ll be no candles this November.
Such a slight flame
could not remain alight
in the wind and the rain
of this year’s early winter.
The seagulls have come inland from the empty sea.
The hawthorns are heavy and the rose hips red.

(fragment from her poem, ‘Oberhausen Cemetry’)

Since the publication of the book, another year has passed. Happy birthday, Jean! We all, of the Bodhicharya sangha, wish you much love and happiness.

If you want to order a copy of her anthology, here is the information you need.

Payment by French cheque payable to: 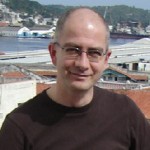 Dirk,  is a long standing student of Ringu Tulku, completed a four year secluded meditation retreat at the Samye Ling Tibetan Monastery Scotland, and has been teaching Buddhist Meditation for 15 years.

2 thoughts on “The Enjoyment of Sound: The words and poetry of Jean Paira Pemberton by Dirk de Klerk”