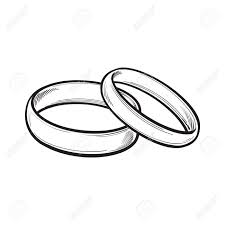 A rich old man died leaving two sons.  For some time the two continue living together in the traditional Indian way, in a single joint household, a joint family.  Then they quarreled and dicided to separate, dividing all the propery between them.  Everything was divided fifty-fifty, and thus they settled their affairs.  But after the settlement had been made, a small packet was discovered which had been carefully hidden by their father.  They opened the packet and found two rings inside, one set with a valuable diamond, and the other an ordinary silver ring worth only a few rupees.

Seeing the diamond, the elder brother developed greed in his mind, and he started explaining to the younger one, “To me it appears that this ring is not the earnings of our father, but rather as an heirloom from his forefathers.  That is why he kept it separate from his other psssessions.  And since it has been kept for generations in our family, it should remain for future generations.  Therefore I, being elder, shall keep it.  You had better take the silver ring.”

]The younger brother thought to himself, “It is easily understandable that my father kept the diamond ring: it is so valuable.  But why did he keep this ordinary silver ring?”  He examined the ring closely and found some words engraved on it: “This will also change.”  “Oh, this is the mantra of my father: ‘This will also change!'”  He replaced the ring on his finger.

Both brothers faced all the ups and downs of life.  When spring came, the elder brother became highly elated, losing the balance of his mind.  When autumn or winter came, he fell into deep depression, again losing his mental balance.  He became tense, developing hypertension.  Unable to sleep at night, he stated using sleeping pills, tranquilizers, stronger drugs.  Finally, he reached the stage where he required electric shock treatments.  This was the brother with the diamond ring.

As for the younger brother with the silver ring, when spring came, he enjoyed it; he didn’t try to run away from it.  He enjoyed it, but looked at his ring and remembered, “This will also change.”  And when it changed, he could smile and say, “Well, I know it was going to change;.  He didn’t start crying, knowing that this would also change.  And yes, it also changed, it passed away.  He did not lose the balance of his mind and he lived a peaceful and happy life.

This was the brother with the silver ring.

From The Art of Living.  Vipassana Meditation as taught by S.N. Goenka by William Hart.

4 thoughts on “THE TWO RINGS”