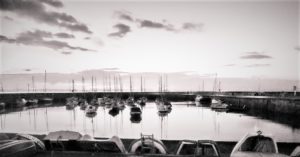 ‘Fool’ ventured down to the Prom that day

More than a month, of sly, creeping terror,

“We should have distanced ourselves, from the start!”

Instead, we are only just learning ‘our part’…

Now, cocooned in our spaces, with birdsong for clocks,

We network with loved ones…receive food in a box!!!

‘Nil hugs’ and no kisses, no quests…for a while,

Bright rainbow as symbol, for lives held in treasure

Lark thought, that this April was “Surely no joke?”

Ianthe Pickles
Lives in Liverpool
Worked for 37 years as a full-time Primary and later Secondary/Special School teacher and college tutor.
“Writing (especially poetry) was often a release during emotional and turbulent times in the 1980s working in an area of severe deprivation and unemployment in Liverpool.

When life gets out of control, writing can often help it make sense.”