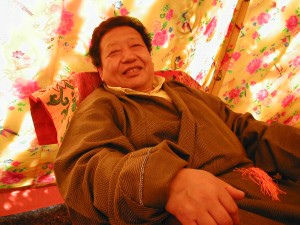 This year in Samye Ling, the last stage of the monastery and shedra building has been completed, ironically opened just weeks before he left for his last trip to Tibet. His vision is for a university college, offering degrees in Tibetan Language, Medicine, Philosophy, Mindfulness,  [already an MSc linked to Aberdeen University] and Tara Rokpa Therapy– a project that he held close to his heart, as well as a home for monastics.

For someone who almost died in 1959 escaping from Tibet, to arrive into the UK an orphaned and penniless refugee at the age of nineteen, his achievements are no small miracle.

In 1968 a friend told me at her 21st birthday party that she was heading off to the Scottish lowlands the next day because she’d heard a couple of Tibetan Lamas were setting up a centre at Johnstone House, a hunting lodge near Langholm.  I was intrigued, but never saw or heard from her again.  However my own first close encounter with the work of Akong Rinpoche came much later in 1985, through a book called ‘Taming the Tiger, Tibetan Teachings for Improving Daily Life’.  The words were simple, the instructions clear, it spoke of compassion, wisdom, mindful living, loving kindness, care for other people and the environment; it was way ahead of it’s time. And it really helped me to understand what was missing from my life.  The exercises were simple visualisations using light, relaxation, exchanging suffering for happiness and exploring universal compassion, inter-dependence, lack of personal substantiality, awakened potential; and all with little reference to Buddhism.

I met a few people who formed a study group that continued reading and discussing Taming the Tiger – initially for two years – and once we’d finished the book, we started it again; we called it the magic book, because whenever we read it some new gem would spring from the page to startle us into knowing ourselves more fully.  The book contains the essence of the heart wisdom of Akong Rinpoche.

Over the years the initial chaos of Johnstone House settled gradually into a friendly place called Samye Ling [after the first monastery built by Padmasambhava in Tibet]. I finally met Akong Rinpoche there in 1987 and was told he could usually be found cleaning drains, digging the garden, collecting cups or washing dishes, whichever was more pressing.  There was certainly no standing on ceremony, he made no great overtures when we arrived nor did he thank us for coming, and although I don’t know what I expected, it was very disappointing. Somehow I had managed to build up an expectation he would be pleased that we’d come see him. He put me straight right away, I had missed the point completely if I thought it was about him and me.

In January 1989 Akong Rinpoche came to Dublin, and I’d been asked to greet him at the airport and escort him to Dublin Samye Dzong.  Arriving  into the busy airport milling with holiday makers and post christmas shoppers, he cut a comical figure.  This small Asian man wearing heavy overcoat and a huge brown fur trapper hat, the kind that you might expect to see on a blizzarding Tibetan plateau, was looking very sombre as he pushed an over-laden luggage trolley into the arrivals hall.  My self conscious offering of a khata completed a bizarre scene for the other passengers.

The visit proved to be the precursor of a life-challenging event. My husband Rob had seen many specialists for help with intolerable back pain, but found no relief. He visited Rinpoche in his capacity as a healer, who ignored the back problem, put his ear to Rob’s belly, tapped and listened, and then said:

“You have serious problem your stomach, see doctor immediately”.

Eighteen months later Rob was dead, the cancer had taken his life.  But for so many others, a different story, perhaps guidance in the use of visualization as a healing back into life, or into a facing of their own mortality, everywhere around Akong Rinpoche similar accounts were shared.

His capacity for showing you your mind-games was extraordinary. One summer many years ago he gave lots of empowerments, H.E. Tai Situpa had asked him to do so, and he did. So many that I began to resent the costs of all the khatas, and began dreaming up a plan to make my own to save money. It was simple, just buy a few yards of white cloth and cut it into strips. I would get that organized for the next time.

At the end of the week of blessings he told us – about 200 people – that he wanted to show his gratitude for our attending the empowerments so graciously. He would do so by giving us each a khata, so we were to come up one by one and be handed one personally from the pile before him.  I watched my friends walk away with enormous enveloping white and gold silk khatas, and I felt this would be a just reward.

The khata I received was a very short, very thin piece of nylon shirting, torn, and frayed at the edges, slightly grey, not white anymore.

It was the best present ever.

A favourite game of his was to tidy the shoes outside the meditation room. Always late for session, people would throw off their shoes and leave them where they’d landed, in the rush for a cushion.  Sometimes after session we’d come out and all the shoes – often dozens of pairs, would be carefully tidied onto the shoe racks, he called it ‘teaching by example’.  Occasionally he’d offer a formal teaching session and the shrine room would overflow with students eager for a rare dharma talk.  Invariably the topic would be about lost and abandoned tea cups, sometimes lasting an hour or more.  It was tea-cup dharma.  One summer he offered a summer course at Samye Ling, teachings on Patrul Rinpoche’s ‘Heart Treasure of the Enlightened Ones’.  Our homework was to learn one verse by heart each day, he tested us and of course very few had done the work. He said that was the last time he’d bother, and it was; for two years he declined all invitations to teach.

These kinds of interactions were the ground for our relationships with Rinpoche, but he always found time for his students, regardless of what he was doing.  I recently spoke to someone who told me she rang him or emailed every couple of weeks, looking for contact and advice and he gave it.  I remember a personal interview in Dublin when his phone rang, and he simply switched to the caller, a woman in great distress, and stayed comforting and advising her for a full 10 minutes as I waited, then returned to exactly the point when, in our conversation, we had been interrupted. The kindness he showed, and the trust he generated in others was unwavering, you knew that he knew what he was talking about, and it made you feel safe, and for those reasons you never questioned his advice, no matter how difficult to hear and carry through.  His message was always the same: How compassionate is your action? How spacious is your mind? How tolerant of another’s suffering (in whatever form it comes) can you be?

This spring just after Akong Rinpoche had returned from Tibet he made a rare teaching tour to all of his European centres, making sure he had time at each place for every person, giving advice, refuge and empowerments.  In Dublin he was asked to speak about preparation for death:

He said,  “give away your belongings before you die, so that your relatives don’t fall out afterwards, and have a green burial, so that a tree can live off your flesh”.

The manner in which he died, and his willingness to face such dangers to help his people and protect his principles, to not give in to injustice or to the deluded mind of his attacker, leaves an indelible message on the meaning truth and purity, of the meaning of limitless compassion, on the heart and mind of each of us.

In his message of condolence, Ringu Tulku writes of Akong Rinpoche’s strong and courageous presence and of his own sense of helplessness and loneliness without him; it is a heartfelt response reflecting sentiments that are I am sure shared by all those who had the great good fortune to have encountered Akong Rinpoche as a teacher and friend.  It is also an invitation to recognise and trust in our own strengths and capacities and to continue to work towards their continuing unfolding in the absence of the guiding light that was Akong Rinpoche.

His life’s work has a momentum of its own, it will go on – how can it not?

Annie Dibble lives in Dublin. She helps edit texts for Bodhicharya Publications and works as a Tara Rokpa therapist and trainer.

[1] A mantra of  Choje Akong Rinpoche. Another was ‘Wash your own tea cup’. 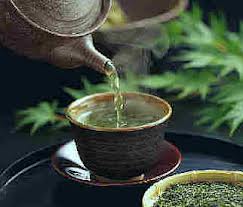 16 thoughts on “A TRIBUTE TO AKONG RINPOCHE”