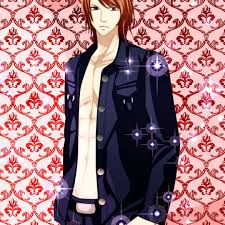 Isa knows this is not her home. Whatever the young girls with tattoos and piercings tell her, their names peppery on her tongue. “You live here now, darling. You’re safe with us.” This is not her home and she will not stay. She is a serial escapee though never got much further than the bus stop.

Her friend and tablemate, Miss Jean Bell, former assistant headmistress, knows this a care home, and turns the words over, wondering how they have changed meaning since she lost her independence. Her mind is strong, her legs not. Her eyes see everything – the monthly noticeboard with its list of activities for every day in big letters.  They have also seen that the more exciting activities never happen. “Why,” she asks, “Was there no outing to Dobbie’s? Or the Botanics as promised?”

“No idea,” they reply airily, “but there’ll be decorating golf balls in a minute.”

“I presume”, she delivers the look that caused many to quail, “that this is to fool the inspectors. I shall inform them.”

“Sure you will, Jeanie Darling.” “I am not your darling and never known as Jeanie” falls on ears already attuned for the next emergency buzzer.

The two women bond over the soup, in itself thick and viscous enough to serve in any world shortage of cement. “Salty again. What is it anyway?”, asks Isa.

The carer asks and reports broccoli.”How can broccoli be orange and taste exactly the same as lentil or tomato or…

” She has run out of soups. Jean says, “That’s why it’s called soup of the day. It always tastes the same.” And soup appears twice every day, along with the cakes, pink  and white, that taste dryly of nothing but sugar. “The food here is disgraceful”,says Jean and they begin their daily litany of its failings – the too cold, the mushy, the flavourless, the pre-packaged.

One lunch Isa isn’t there. They are all in their places at least ten minutes before service begins. She is brought in late, flushed, smelling of outside, with a glitter about her. “You’re a bad girl”, says the carer, not unkindly, “but we’ve saved you some soup”.

Not even as far as the bus stop this time. It makes Jean thoughtful. All her life she has conformed; but if Isa, with her periods of cloudedness “

as if a pea-souper creeps through my brain, dear”, alternating with moments of clarity, can revolt however  briefly, why can’t she? Legs, that’s why. Put us together, she thinks, and you’ld have one functioning human being. But one functioning person might make it, at least long enough to evade lunch.

Isa’s impulses have to be reined in. They now have a camera on the front door and a sensor mat. And Jean will need to be in her wheelchair. Isa won’t divulge the scheme; she loves secrets and anything else gets forgotten. Here is what they plan.

Not for nothing has Jean spent years timetabling and checking every child was where it should be.  Now she is gamekeeper turned poacher, playing truant.

It goes according to plan. But even with Jean self-propelling and Isa pushing, they struggle. A young couple overtakes and turns back, with “Can we help? We’re going to the main road if that’s any use.” He takes the arm of Isa, who is thrilled, and the wife pushes the chair. They soon reach the bus stop. More rescuers have to help them on, then have  a whip round when it transpires Isa has only a fiver and some coppers in her purse. Jean triumphantly fishes out a battered bus pass. They are euphoric; who knew the world could be so vibrant? But what next? Jean remembers the birthday treat she would give herself each year, a trip to Luca’s for a cappuccino and a scone. The bus stop is close;  they can do this.

Isa isn’t sure she likes cappuccino but is enchanted by the pattern on top and loves unlimited demerara sugar. They dawdle over the scones as if these were the taste of holiday. No one puts  a tabard round their necks or spreads the scones for them. The activity is agreeable if messy. Isa is soon hungry again and begging for an early lunch. The special is scampi and chips and they will share a portion. Isa eats with her fingers and after a moment, Jean joins her. “But”, she says, “this has to be the last. We’ve got maybe £16. Two coffees at 2.20, two scones at 1.90 and one special at £6 would be…”

“12.40”, says Isa. “I used to be a book-keeper. I’d forgotten that.”  Minutes later, she calls, “Chocolate ice cream and vanilla, two scoops each.” It is delicious, with a side order of guilt for Jean; she hopes the cafe will be able to reclaim the debt through the home.

For the first time it enters her mind, and as if it had summoned them, two policemen appear in the doorway. “Would you be the ladies from the Lilacs?”

With dignity Jean replies, “The name is as false as everything else about it. One scrubby pot-bound lilac by the door.” She imagines trees heavy with perfume, dancing in May sun. But Isa is already halfway out on a blue arm.

“Let’s have you, shall we, lo-madam?” hers says as he registers the glare that has quelled insurrection for decades. She assents.

In the car Isa is still happy. “Fancy going home in a police car. I’ve never done that before.”

“Yes, you have, Isa, love” one says wearily. Jean thinks. Not me. We’ve run away, and begged on the bus. We indulged ourselves and left without paying. And now we’re escorted back by the police, too late for soup. Something swells inside her as light and free as blossom in the sun; she thinks it might be pride.

KD lives in Edinburgh and writes for pleasure and distraction.