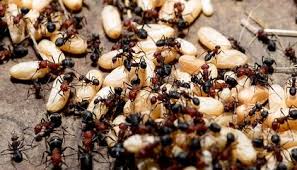 In their miniature world, cramped between wooden crevices of a make-shift dugout, the ants busy themselves with homemaking and egg laying, ensuring their lineage. “Come on lads, let’s all pull together, we can get this done today!” They carry their dainty furniture, food and precious eggs purposefully back and forth, undisturbed by the mayhem around them.

A beetle scuttles past, his proud armour glinting in the late spring sunshine, swift and sure of foot; armed with strong exoskeleton and impressive talons, he scurries to his destination.

A couple of earthworms surface, drag a tasty morsel down into the earth, casting, blindly blinking in the daylight, then to disappear down into the dark moist soil, silently, steadily, unseen and safe, to exchange their genetic code in hermaphrodite heaven. 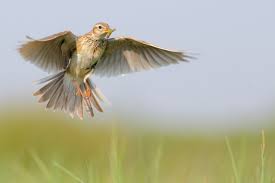 The deceiving skylark hovers high, unseen in the sky, throwing his voice to confuse and disorientate. Overseeing and watchful, he spies two divisions of soldiers, each in dugout trenches facing each other but a thousand yards apart. He cannot begin to comprehend the scene. Are the guns pointing at him? He wouldn’t be morsel for even one meal, so why this?

His partner, safely on the ground, is nesting a clutch of six, soon to be hatched, eggs; a proud moment, something to sing about. He sees the men below, only men? … all of one sex? This is strange homemaking and nest building, indeed! Down there in the mud, in the dirt, amongst their own excrement; where are their young?

A pheasant clucks and struts, calling to its mate, proud, foolish, flamboyant and pecking; always pecking; scavenging for odd bits of spent grain and seeds, occasionally intimidating and ‘seeing off’ another haughty potential suitor, protecting his own beloved, who bathes beigely in the weak sunshine, broodily thinking of where to produce her impending progeny.

The sparrows chatter and argue amongst their offspring in the hedges at the side of the field, merrily multiplying and going about their daily business. Camouflaged, they watch out for each other, safe in their numbers, constantly communicating and full of life.

The soldiers are dull with desperation, worn out, cold, hungry, desolate and dying. Morally bound and duty called, initial, spurring enthusiasms of glory and patriotism have faded; the futility and frustration of the pointlessness and tragic waste of young lives is eating away at their hearts. Fleeting friendships and comforting camaraderie are brutally broken.

The field mouse looks on quizzically, cuddled in warmth, his fluffy coat protecting him from the elements. Surrounded by his resourceful, home-loving and family-oriented cousins, who are comfortably curled up, and sleepily grooming each other, he skilfully, swings from corn stalk to burdock leaf. He seems puzzled as to why these grey and stinking men quietly sit and wait, huddled in their make-shift shelter. Stranger, still, that they share their space with corpses, stiff, cold and lifeless; they dare not even bury their dead!

Rabbits scamper about at dusk, safe in the half-light and secure in their familiar bunny territory and warren world, ears alerted and listening, thumping their back legs, as a tell-tale sign to others, of impending danger, with white bob-tail warnings of threats to be avoided. Down into their burrows, they scuttle, safe from their predators, watching their ever growing families, populating and honeycombing the area with their tunnels and diggings.

What of these young men? They are in an alien world, mind disorientated and helpless, hopelessly destroyed of bonhomie, having no family to buoy them up, no hearty hot meal to fill their bellies, no women to comfort and caress them. They are at the mercy of the elements, permanently damp and despairing, cold and miserable. They do not even see their enemy, are blind to their own effectiveness and progress; they are merely there, planted by politicians… waiting.

A hare dashes across the field, mystical in his aloofness. Proud, upstanding, mythical creature, long ears dipped in ink, solitary and shape-shifting, a legendary king of his surroundings, mysterious, and representing life and rebirth.

How can he square the images he sees before him, of man killing his own brothers? No other species would do this!!! Where is the pride, the heroics, the glory? What such animal would sacrifice its race, put itself at so much risk, or behave in such a suicidal manner? What species would so foolishly challenge the elements, be at the whims of the chilling winds, the killing frosts, the endless mud, the biting snow and the incessant rain? Where is the survival instinct for the human race here amongst the stench, fat flies and riotous rats?

Later, as the red poppies bob and grace the dark and yielding soil, flowering with fecundity, the proud willow-herb salutes the sunset. An owl shrieks at dusk, signalling the shortening days. Fear, death, trepidation, initiation and change are on the horizon; the bat spirit darts to and fro, quieter than a breath.

The men, contracted only for their one grisly task, wait; always waiting, silently, scared, playing their reducing game… dying to get out.

Read many books related to work only. After retiring, joined a Creative Writing group, with an inspiring tutor, attended courses, and achieved ‘A’ Level in Creative Writing.

Writing (especially poetry) was often a release during emotional and turbulent times in the 1980s working in an area of severe deprivation and unemployment in Liverpool.  Now I write for fun!

A group of us meet regularly in each other’s homes to read and discuss our scribblings!