Many of us have been fortunate to meet Rinpoche in some of the events during his summer tour, but he has not been able to send new videos on the Bodhicharyavatara lately.

However, there will be a live webcast of his teaching “The Transformation of Mind” in Kagyu Thubten Ling in Ibiza. The webcast will happen on August 20, at 18:00 local time (UTC +2). We hope everyone will join us watching the webcast. Here is the link:

Live webcast from Rinpoche’s teaching in Ibiza on August 20

Link to a time zone converter 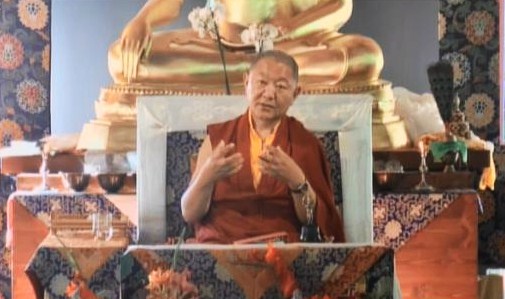 There have also been other teachings of Rinpoche on his summer tour which have been streamed live on the internet. Here are the links to video recordings of two teachings that were recently webcast  from Karma Ling in France:

Last but not least, here are the links to audio recordings of the teachings Rinpoche gave in Norway in July 12-14:

The Art of Living According to Buddhism

Parting with The Four Attachments

Many thanks to the centers for sharing these precious teachings.