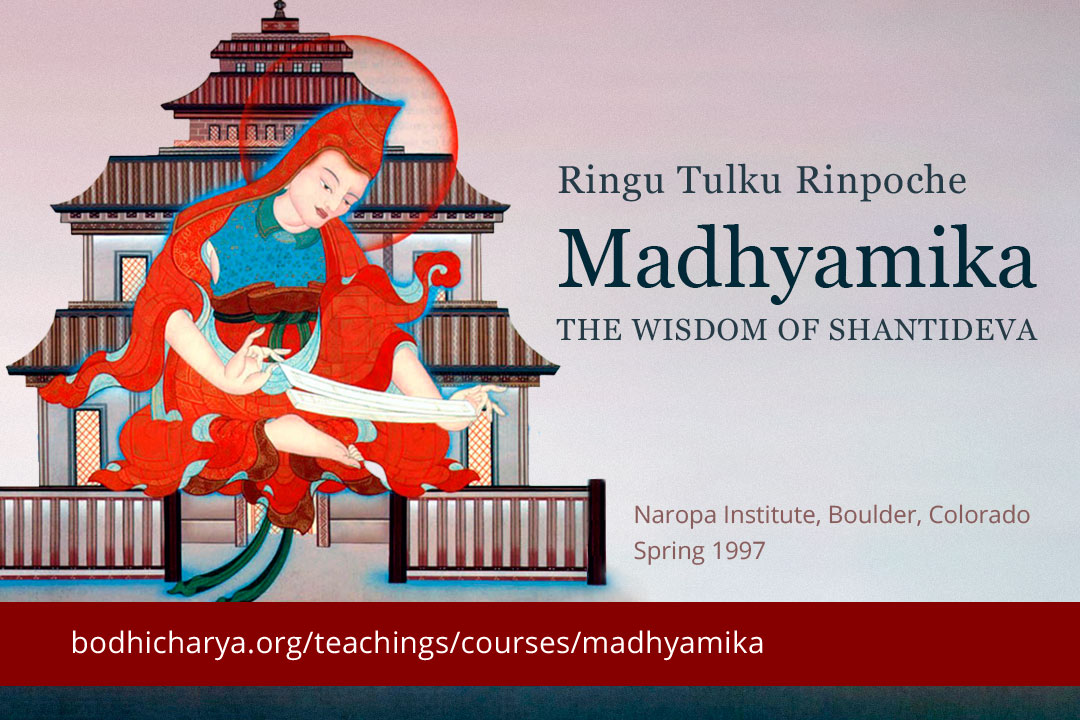 To view all the audio recordings and transcripts

The course was based on:

The Madyamika school of Buddhism originates with Nagarjuna in India in the 2nd century C.E., based on the Prajnaparamita Sutras. It refers to the ultimate nature of phenomena and the realization of this in meditation and was a major influence on the development of Mahayana. It holds the view that all phenomena are empty of self existence and that they arise by dependant origination. Madhyamika is sometimes called the “Middle Way” school, because it avoids the two extremes of existence and non-existence.

Shantideva in the 8th century as a scholar of Madhyamika at the Nalanda university wrote the Bodhicharyavatara, the most famous and treasured text of Mahayana Buddhism.

Except where stated otherwise, all quotations are taken from the root text, “The Way of the Bodhisattva” translated from Tibetan by the Padmakara Group: Shambhala, 1997. ISBN 1-57062-253-1 and the commentary by Khenchen Kunzang Palden “Nectar of Manjushri’s Speech” included in: “Wisdom: Two Buddhist Commentaries” by Khenchen Kunzang Palden & Minyak Kunzang Sönam. Translated from Tibetan by the Padmakara Translation Group. Peyzac-le-Moustier; Editions Padmakara, 1993. ISBN 2-906949-07-8.

NOTE: Verse numbers will be similar to those of other translations but not necessarily identical.

N.B. This edited version has not been checked for accuracy. There are doubts about some Indian names and terminology that do not appear in the Commentary.