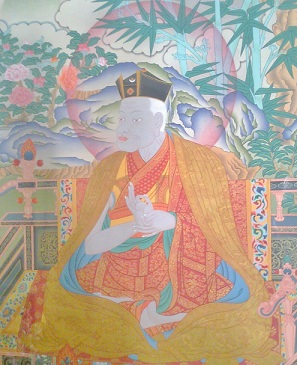 On the occasion of the 900 anniversary celebration year of the First Karmapa Düsum Khyenpa (1110-1193) Rinpoche taught from the two remaining volumes of teachings by Düsum Khyenpa. Among those is a collection of dohas. Doha is a song of realization, a poem of experience of the ultimate: the Mahamudra, the Dzogchen; the emptiness.

In the Bodhicharya Online Shedra we can watch or listen to Rinpoche’s teachings on some of these dohas by the First Karmapa.

The first of these teachings to be shared with the Online Shedra was originally given by Rinpoche at Kagyu Samye Dzong Edinburgh in April, 2011.

The teaching from Edinburgh will be posted as three videos. First, there is a lifestory of Düsum Khyenpa. The next two will be the explanation of the doha.

We hope you will find these wonderful teachings full of joy and blessing.