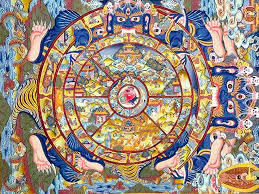 He realized with a start that he was staring at people. “Mustn’t do that” he told himself “…people might think you are strange”.  Sitting in the café in the corner, his favourite place where he felt (erroneously) that he could see but not be seen, he drew his eyes down to his flat white, took a sip and for a brief moment was able to be in the present, to relish the smooth texture  and the sharp taste of the coffee balanced by the creamy milk.

But that was just for a moment … then the thoughts began again and hijacked his mind. They started with a hollow feeling in his gut then surged upwards. He found himself staring at a young woman with shiny hair who was absorbed in what she was typing on her laptop. She looked strong and healthy. John immediately knew that he was admiring these qualities in her because he felt bereft of them.  For the past three months John had been feeling weak, low in energy, having to drag himself to work, force himself to concentrate then make his way home, collapsing onto the sofa as soon as he closed the front door.

The young woman glanced at him then looked at her screen, frowning slightly. John thought it must be because she found him intrusive although she could just be thinking about her work.
How John wished he had the concentration she appeared to have, probably enjoying her task whatever it was and not endlessly distracted by worries.

He had phoned the doctor at 9am to get the results of the blood test but the receptionist said he should phone back later after 11am when the doctor would have had a chance to look at her mail. John found this delay intolerable. He quickly decided to go out, to sit in the café and read, rather than watch the clock at home.

He glanced at his watch now; 10.13am. He tried to read his book but his mind wouldn’t settle on the words. He found he was reading without taking in the meaning, rapidly scanning sentences, whole paragraphs, and turning the page with no idea of what he had read. His mind felt shaky and unstable as did his stomach.

He knew he wasn’t well and as soon as this entered his mind it was followed by “what if…” thoughts.  “What if it’s cancer” led the assailing army.

Two young men walked in and sat at the table closest to John. One of them looked younger and spoke nervously saying “I don’t know where to begin”. The older, taller one was more confident and spoke in a deeper voice. John stared at the open pages of his book as if reading. He listened intently to their conversation but couldn’t catch every word. The younger one seemed to be responding to the other’s questions, giving an account of his work, apologizing for something being all his fault. John immediately liked him, felt empathy for his predicament yet also superior to him because John was known to be very competent at work. “Until now…” John thought, and his mind flooded with a torrent of fears of long-term sick leave, redundancy and of course  …death.

The older man had a self-controlled rather cold manner. John hated him. 10.25 now, nearly time to leave, to walk home, to phone the doctor again. As John was gathering his thoughts about leaving a middle-aged woman sat down opposite him. She smiled and said, “Hope you don’t mind me sitting here but there’s nowhere else”. John mumbled assent but felt invaded. She seemed so self-assured and certainly didn’t have any obvious health problems although she was much older than John. “She is  probably obsessed with her body and goes to the gym every night” thought John, eyeing secretively her muscular sun-tanned bare arms.  She was making him feel much worse, acutely aware of his own failing health and lack of energy. He got up quickly and left.

At 11 am John sat at his kitchen table (better to be sitting down, he thought, in case it’s bad news) and dialed the doctor’s ‘phone number.  The receptionist answered and John asked to be put through to the doctor, emphasizing the urgency of his call. The receptionist said there was no need for that, the doctor had said to tell him that he is fine, just very anaemic, and he needs to take iron tablets, available over the counter in the pharmacy. She tolerated his insistent questions – “are you sure?”, “does the test show anything else?” and “could I discuss this with the doctor please?” – then said they were very busy this morning and he really doesn’t have anything to worry about, he is fine, just anaemic.

John leaned back in his chair and went over the events of the morning in his mind. He thought how if he saw the girl with the shiny hair in the cafe again he might buy her a coffee. He pictured the two young men, identifying himself with the older one, more cool and competent like himself. He also decided to join a gym and get really fit. 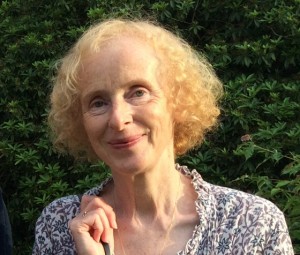 Lynda has been a student of Ringu Tulku Rinpoche for the past five years and has been interested in meditation, yoga and Buddhism for  much      longer than this. She is a child and adolescent psychotherapist and works at the Tavistock Clinic in North London as both clinician  and teacher. Due  to a serious back injury, now healing, she has been unable to work this year until very recently and in this time she has  developed a passion for  creative writing. This is her first short story entitled A Slice of Samsara.

2 thoughts on “A SLICE OF SAMSARA”