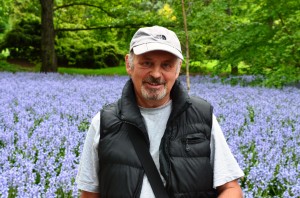 Ask yourself whether you are happy, and you cease to be so.

There is a novel method for gauging prosperity in Bhutan; the measure of wealth in a country can be assessed in the happiness of the people.  In Bhutan, they have replaced road signs telling drivers to slow down or not to exceed the speed limit with life-affirming mantras:  Life is a journey: complete it; and Let nature be your guide are on signposts at the side of the road.

Bhutan has rejected the measure of the country’s GDP in favour of GNH – Gross National Happiness.  It can be witnessed not only in the smiling faces of the people, but in the way they have protected the environment from the onslaught of modernisation with its consequent destruction of the culture.  The preservation of the environment has remained more important than the maximisation of profit and it remains that way, at the centre of its political agenda.

How has such a distinct and unique system of measuring the happiness of the people been sustained?  Being geographically isolated  has certainly helped protect the country from the devastating effects of the corporate greed and destruction of the environment.  The clearest and most concise answer for me, however, can be found in HH Karmapa’s book, The Heart is Noble: Changing the World from the Inside Out.

In his chapter on Consumerism and Greed, the subtitle is Contentment is the Best Wealth.  HH Karmapa expounds very clearly how the attraction for goods have played on our gullibility to purchase according to our wants rather than our needs.  Then once we have succumbed to the allure of material goods, we fall into the endless upgrade game.  “The functions you need are coming in the next version!  The new design is so much more attractive!  And it comes in your favourite colour.”  It could be anything from a phone to a car; a box of soap powder to an extension to your home.  HH Karmapa draws the distinction between wants and needs:  Using our own personal experience, we can ask ourselves where the distinction lies between what we really need in order to be happy, and what we do not need but merely want.  Greed takes control of us when we lose sight of this distinction and mistake our wants for needs. (pp 61-2)  He ends the chapter with a section titled The Greatest Wealth: Contentment.

So where do we find happiness?  There are several articles in the magazine which should provide you with thoughts about how happiness might be measured:  Andy Lowe has submitted an article about the way he overcame his severe writer’s block when he was involved in writing a text book on research methodology.  And in Under the Walnut Tree,  Andy’s second piece, he relates the story of Isa and Humphry and the success of building their dharma retreat in the Sierra Nevada, of Andalusia, Spain.  The three conversations that took place at Casa da Torres also provides insight into individual takes on the subjects.  Jaiya John’s positive prose also provides a message of joy.

Lastly, if you need some sustenance that will bring you happiness, there is a recipe for carrot haluwa by our regular contributor, Indra Majapuria.

Under the Walnut Tree: Andy Lowe

Going for Water by Robert Frost

In case you haven’t subscribed to Many Roads, you can do this on https://bodhicharya.org/manyroads/about/