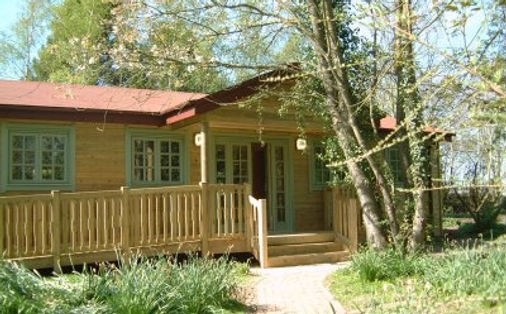 Bodhicharya Bosham was founded by Caitlin Collins in 1998 and is currently facilitated by Pema Chalmers.

In July 1999 the group hosted what would turn out to be the first Bodhicharya Summer Camp. People gathered from all over the UK, and from Holland, Belgium, and Germany, for a glorious week of sunshine at Chichester University. In the mornings Rinpoche taught on Dilgo Khyentse Rinpoche’s commentary to Patrul Rinpoche’s text: The Heart Treasure of the Enlightened Ones: The Practice of View, Meditation, and Action: a Discourse Virtuous in the Beginning, Middle and End. In the afternoons everyone went on picnics.

Over those first eight years the group moved home several times, sometimes straying into the neighbouring county of Hampshire. Rinpoche visited every year; and the group hosted many guest teachers, including: Ed Henning, Geshe Gyeltsen, Shenpen Hookham, Alan Wallace, Geshe Tashi, Andy Wistreich, and Bodhicharya’s very own Dirk de Klerk. The group formed strong links with Cittaviveka, the Theravadin monastery at nearby Chithurst; the then abbot, Ajahn Sucitto, visited and gave teachings several times, Rinpoche was invited to the monastery, and the monks and nuns attended Rinpoche’s teachings.

In 2006 Caitlin left to go to Somerset and Ian Stuart took over facilitating the Sussex group, which had then moved to the home it continues to occupy: The Hamblin Hall at Bosham House in Bosham, on the West Sussex, Hampshire boarder. When Ian moved away Pema began facilitating the group’s activities.

The groups now meets every Thursday and all are welcome to come share the beautiful quiet space there to learn about, question, reflect and debate the Buddhist teachings and meditate together. In the summer the group often meet outside around a fire pit. You don’t have to be a Buddhist to attend – after all the Buddha wasn’t!

Typically on the 1st Thursday of every month the group do a “Chenrezig Puja”, the 2nd Thursday is the “Mindfulness Meditation” evening, the 3rd Thursday is a “Study Evening”, and 4th Thursday looks at the theme of “Everyday Buddhism”. When there is a 5th Thursday in the month there is a “Rinpoche Movie Night”.

The group also host annual teaching when Ringu Tulku Rinpoche visits the UK and on occasions they host other visiting teachers.

To find out more about the group and how to get involved, either in-person or online, please see the website here or email Pema at bbgbosham@gmail.com.