Our Patron and People 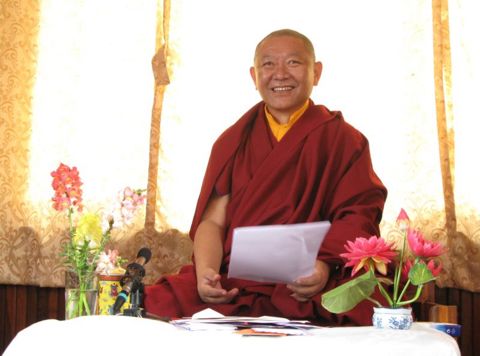 Ringu Tulku Rinpoche, founder of Bodhicharya, is a Tibetan Buddhist Master of the Karma Kagyu Order.  He was trained in all schools of Tibetan Buddhism under many great masters including H.H. 16th Gyalwang Karmapa and H.H. Dilgo Khyentse Rinpoche and is regarded as one of the most prominent, contemporary Rimé Masters of our time. He took his formal education at Namgyal Institute of Tibetology, Sikkim and Sampurnananda Sankskrit University, Varanasi, India and served as Tibetan Textbook Writer and Professor of Tibetan Studies in Sikkhim for 25 years.

Since 1990 he has been travelling and teaching Buddhism and meditation at a growing number of Universities, Institutes and Buddhist Centres in Europe, the Americas, Canada, Australia and Asia. Rinpoche also participates in various interfaith dialogues and has authored several books on Buddhism, including children’s books, both in Tibetan and European languages.

He founded Bodhicharya, an international organisation that coordinates worldwide activities to preserve and transmit Buddhist teachings, promotes inter-cultural and inter-religious dialogue and has a number of educational and social projects. He also founded Rigul Trust which supports his projects in his birthplace, Rigul, Tibet.

Rinpoche is the Official Representative of His Holiness the 17th Karmapa in Europe and is the Founder of Karmapa Foundation Europe.

Bodhicharya UK is honored to have Ringu Tulku Rinpoche as the charity’s patron. 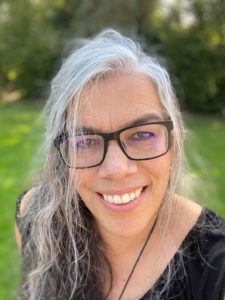 Pema Chalmers, after a brief encounter with Transcendental Meditation in her early 20’s, decided a spiritual life wasn’t for her.  Despite that, when Buddhism fell into her lap during her mid-thirties, she couldn’t ignore it’s wisdom and started to study and meditate alone. But she had questions, and eventually recognised her own need for a supportive sangha, which she found in Bodhicharya Bosham’s founding group run by Caitlin Collins. Pema met Ringu Tulku Rinpoche in 2005 and she has been a student of his ever since.

Pema still attends and facilitates the West Sussex Bodhicharya Bosham group weekly to study, meditate and practice. As one of the longest serving members of the group, she facilitates meetings and encourages others to facilitate too. Pema’s main affiliation is with Tibetan Buddhism, but not exclusively. She also draws much from the Theravada Thai Forest Tradition and her past years spent at Chithurst Buddhist monastery. She also enjoys teachings from Zen and other non-dualistic Advaita Vedanta teachings. 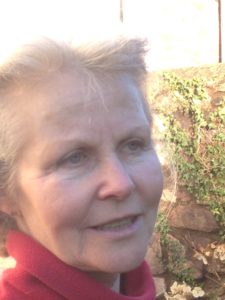 Caitlin Collins, when living in Los Angeles in 1979, had the good fortune to see His Holiness the Dalai Lama on his first visit to America. She has been practising the Dharma ever since under the guidance of His Holiness and other wonderful teachers from the four main Tibetan traditions, as well as Theravada and Zen. Cait has been studying with Ringu Tulku Rinpoche since 1996, and started the first Bodhicharya group, Bodhicharya Bosham group in West Sussex, in 1998, under his direction. She now lives in the Exmoor National Park with three horses and a dog, where she looks after Bodhicharya Somerset and tries to live a quiet life of semi-retreat except when enticed out by eco-activism or cream teas. 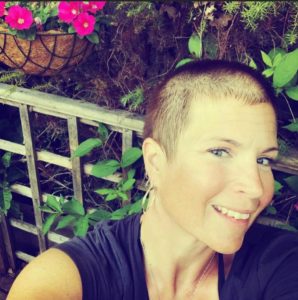 Natasha “Tasha” Corcoran was first introduced to Buddhism as a child. From the age of 4 she trained with her father; a sensei in Shotokan Karate-Do. Tasha’s father took an interest in Zen Buddhism and she was introduced to short meditations at the beginning and end of each karate class.

Tasha has taken an interest in natural, holistic approaches to health, well-being and spiritual development all of her life. She has practiced mindfulness and yoga for over 15 years, loves exploring the therapeutic use of complementary therapies and holds Diplomas in Massage Therapy and Life Coaching.

Having always been drawn to making a living from being of service and benefit to others Tasha has a degree in Psychology and Drama, an NVQ in Social Care and has worked in Social Care and Supported Housing all of her adult life; helping to reduce the suffering of young people at risk, young offenders and elderly people with dementia. She currently works full time as an Area Housing Business Manager for a national charity supporting autistic people and people with mental health issues or learning disabilities. Her role has helped her develop strong skills in; supporting people in need, writing charity policies and procedures, safeguarding, securing or sustaining charitable funding, service development, staff training and quality monitoring.

Tasha found refuge in the Dharma and Sangha at Bodhicharya Kent in 2019 after a series of very challenging life events. Since then she has become an active member of the Kent group and embraced practising the Dharma in her everyday life. 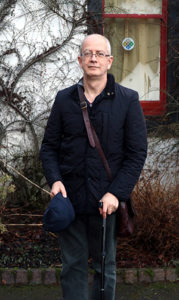 He was born in Pretoria, South Africa and grew up near Witbank in a rural, Afrikaans community.

After leaving school, Dirk studied music: first in Pretoria, where he studied composition. He then continued his studies in Cape Town, and attended various master classes with Morton Feldman, his greatest influence as a composer.

After his studies in Cape Town, he was awarded the prestigious SAMRO prize for composition, consequently studying composition in Cologne, Germany, and in Liège, Belgium.

Dirk had encountered Buddhist meditation in Cape Town, and knew that this would become of great priority to him. After his studies in Germany, Dirk decided to do the four year meditation retreat at Samye Ling, in Scotland from 1989 to 1993.

After his retreat, he studied for a Postgraduate Certificate in Education in London, and also continued with his music studies. In April 2006, he qualified with a D Mus in composition from the University of Pretoria under Prof. Stefans Grové. He worked a school teacher in London until his retirement in 2021.

He started running meditation groups in London in 1994. Around 1999 he met Ringu Tulku — a pivotal experience in his life. Soon afterwards, he founded Bodhicharya London, which later led towards the foundation of Bodhicharya Kent and Bodhicharya UK. 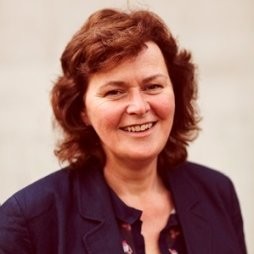 Sally has a degree in Behavioural Science and a MPhil research degree. Currently working as a Director of Integration in the NHS, Sally has previously worked in a variety of commissioning and service transformation roles in the NHS, local government and the voluntary sector. 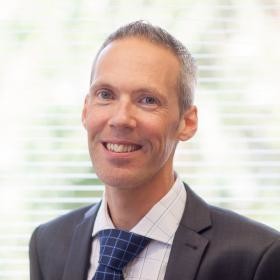 Stuart McLeod has been practicing Buddhism in the Chinese Zen tradition for over 20 years. As a member and local group leader of the Western Chan Fellowship, he regularly attends residential retreats and leads a local group that meets weekly in the Medway Towns. He has also organised many residential retreats with a variety of teachers over the years.

Stuart holds a post-graduate certificate in Buddhist Studies, and is currently training as a mindfulness teacher with the University of Bangor. His current interest is in the health and wellbeing benefits of integrated body-mind practices, and is both a teacher of Tai Chi Movements for Wellbeing, and co-founder of RUN:ZEN where he leads workshops in mindful running.

Professionally, Stuart brings his experience of senior leadership in the heritage and culture sector and is currently employed as an Area Director of the National Lottery Heritage Fund, working across London and the whole of Southern England. 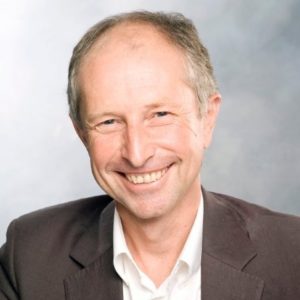 David Fry was introduced to Buddhism 20 years ago by Karma Rinchen, one of Ringu Tulku Rinpoche’s monks, when they sailed across the Atlantic for 20 days on a small boat together. He took refuge with Ringu Tulku Rinpoche in 2014 and practices within the Tibetan and Zen traditions. As treasurer of Bodhicharya UK he brings his experience of being a director of companies, large and small, and is also a qualified chartered accountant. He currently runs a business that is trying to revolutionise the way people with autism and mental health problems can support themselves. 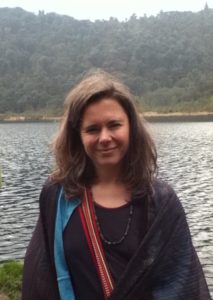 Mary Heneghan first looked to Buddhist teachings as a way to support and inform her in her acupuncture practice – with all the problems and dilemmas and joys and challenges people face and therefore bring to treatment.  Before encountering the Buddhadharma, she was guided by Taoism, as well as other philosophies, and still practises seeing ‘nature’ as our ultimate teacher.  Core to this understanding is the view of the Five Elements, which is the main style of acupuncture she practises and teaches, inspired by the natural cycles of life we see turning all around us, and through us.

She teaches Kum Nye, a Tibetan system of deepening meditation through movement, breath, visualisation and other practices that explore and encourage direct experience of embodiment – and the innate healing held intrinsically in our systems, if only we can release it.

She holds meditation groups under the banner of White Tara, both to explore Ringu Tulku’s teachings on a wide range of Dharma subjects, and also to formally practise the sadhana of White Tara, and deepen understanding of it in an experiential way.  Most of these are currently online so anyone is welcome to join (they were originally based in Oxford).

She is also one of the Directors of Bodhicharya Publications, either writing up or contributing editing advice to over ten of Ringu Tulku’s books published by BPs.

The photo was taken a while ago now, in 2013, but its here because it is taken at a sacred lake in Sikkim, associated with Tara (there is a sacred cave up on the hillside), and it feels like there’s something important in keeping connections like that. 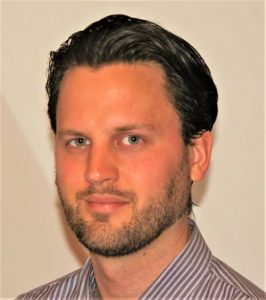 Cesare Saguato has been exploring contemplative traditions all of his adult life and studying and practising the Dharma since 2007. Inspired by meeting Ringu Tulku Rinpoche in 2008, he began attending the monthly Bodhicharya London day retreats lead by Dirk de Klerk and took refuge in 2009. Since then he has attended many teachings and a number of short retreats in Europe and India, mainly within the Tibetan Buddhist tradition. In 2013 he set up Bodhicharya Kent under the guidance of Ringu Tulku Rinpoche.

He has a philosophy degree and a professional background in the fields of education and training within secondary schools and HM’s Prisons. Having retrained, Cesare now works as a counsellor and clinical supervisor in fulltime private practice and as a mindfulness and compassion teacher delivering workshops, courses and retreats in the public, private and third sectors.

As current Chair of the charity, he brings his experience working as a team leader and manager in the above settings, as well as the skills and experience he has learnt running his own business and Bodhicharya Kent. 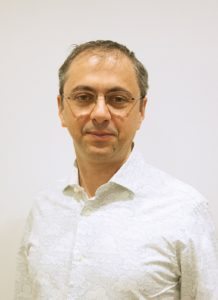 Michele Sisto almost incidentally met Dirk de Klerk of Bodhicharya London and began attending his Thursday meditation group, at the time at Kairos in Soho, over 15 years ago and has been attending ever since. From that time, Michele has studied Buddhism with different teachers, especially in the Tibetan tradition. His main guide is Ringu Tulku Rinpoche and he is an active member of Bodhicharya London.

Michele works as an IT Consultant, with a focus on the functional aspects of Customer Relationship Management.