Bodhicharya London is facilitated by Dirk de Klerk and began as a Buddhist meditation group that Dirk started in 1994, after his four-year retreat at the Samye Ling monastery in Scotland. The group found premises in Soho, London, with an organisation, ‘Kairos’ (later, ‘Kairos in Soho’).

When Dirk met Ringu Tulku in 1999, the group was integrated into the Bodhicharya family as Bodhicharya Kairos, and when Kairos closed down its meeting space, it relocated to regularly meet at the Helios Centre near King’s Cross station, as Bodhicharya London.

Bodhicharya London led to the founding of Bodhicharya Kent, from whence Bodhicharya UK became a reality through the inspiration of Ringu Tulku Rinpoche and the lineage.

Bodhicharya London has attracted and continues to attract a wide range of members and participants who all contribute to the mutual dharma journey towards truth and realisation. Everyone learns from one another, supports one another and inspires one another with the example of Ringu Tulku Rinpoche and the guidance of the lineage.

To find out more about Dirk, the group and its full range of in-person and online activities that run throughout the week, please see the website here or get in touch at meditation@bodhicharya-london.org.uk. 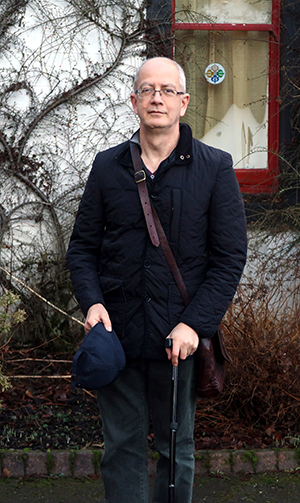 Go to Top
We use cookies on our website to give you the most relevant experience by remembering your preferences and repeat visits. By clicking “Accept All”, you consent to the use of ALL the cookies. However, you may visit "Cookie Settings" to provide a controlled consent.
Cookie SettingsAccept All
Manage consent